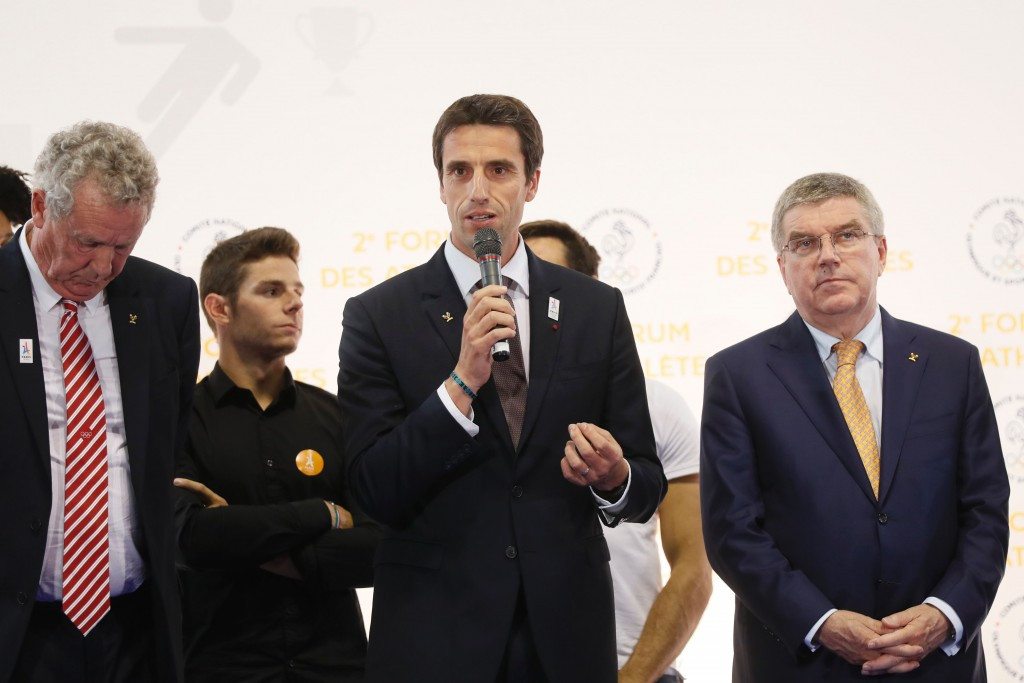 Paris 2024 co-bid leader Tony Estanguet has claimed he does not see how it could be possible to suffer a spiralling budget should they be awarded the Olympic Games next year.

Earlier this week, a review commissioned by the Tokyo Government predicted that total costs for the 2020 Olympic and Paralympic Games could exceed 3 trillion yen (£22 billion/$30 billion/€26 billion) unless drastic changes are made.

The latest figures are more than four times initial budget estimations, with organisers in the Japanese capital investigating the possibility of moving three venues in an effort to cut costs.

Estanguet has expressed his confidence that Paris 2024 would avoid a similar situation to Tokyo, arguing that the majority of the facilities required for the Games have already been built, while reasserting that their bid is a "responsible" one.

“One of the strengths of Paris 2024 is that we already have 95 per cent of the venues and we have conviction that we will not have any problems with budget," he said here today.

"We do not see how it could be possible.

"We just miss the aquatic centre so we speak not about a big budget.

"We planned to have €3 billion (£2.6 billion/$3.3 billion) with margin in case, as anything can happen, but we definitely believe one of the strengths of our bid is that is it responsible.

"This is the fourth bid of Paris and we never gave up and continued to invest in sport and build venues, which is why now we already have the velodrome, the canoeing venue, a new rugby arena and these kinds of things.

"We have organised 40 major championships in Olympic sports in the last few years and we are partners with international federations and believe in the power of power, which is why we want to keep our promises."

One of Paris’ rivals in the race for the 2024 Games is on the verge of pulling out of the running, with Rome’s Mayor Virginia Raggi claiming it would be "irresponsible" to continue with bidding efforts because it would drain funds and resources.

Italian Olympic Committee (CONI) chief Giovanni Malagò announced yesterday how he would meet with International Olympic Committee (IOC) President Thomas Bach on Tuesday (October 4) to update him on developments, but he stopped short of saying they would pull-out.

Prior to heading to Rome, the IOC President is currently here meeting 2024 bid leaders, as well as the city’s Mayor Anne Hidalgo.

He will also meet French President François Hollande tomorrow as part of his visit to the French capital, who are hoping to host the Games for the first time since 1924.

Hollande, who travelled to the Rio 2016 Olympics to provide his support to Paris 2024, is due to face re-election next year.

The incumbent President is currently languishing in opinion polls, with far right leader Marine Le Pen or conservative Alain Juppe viewed as the frontrunners at this stage.

Estanguet is confident that regardless of the outcome of next year’s Presidential election, the Paris bid will retain significant political support, which would see them avoid a similar fate to their Italian counterparts.

"It was part of the strategy at the beginning of the process, if we wanted to bid it was one of the conditions that the sport movement would have to have support at all governance levels," he said.

"We are sure that whatever the result of any political elections it will not affect the bid.

"Again, you can see we have support at the city level and national level, and all the parties, on the left and on the right, support the bid.

"We are very sure at the moment, that there will not be a problem with the Presidential election."

Two other candidates will battle Paris for the right to host the Olympics and Paralympics in eight years’ time - Budapest and Los Angeles.

The IOC is due to elect the host city for 2024 at its Session in Lima on September 13 next year.