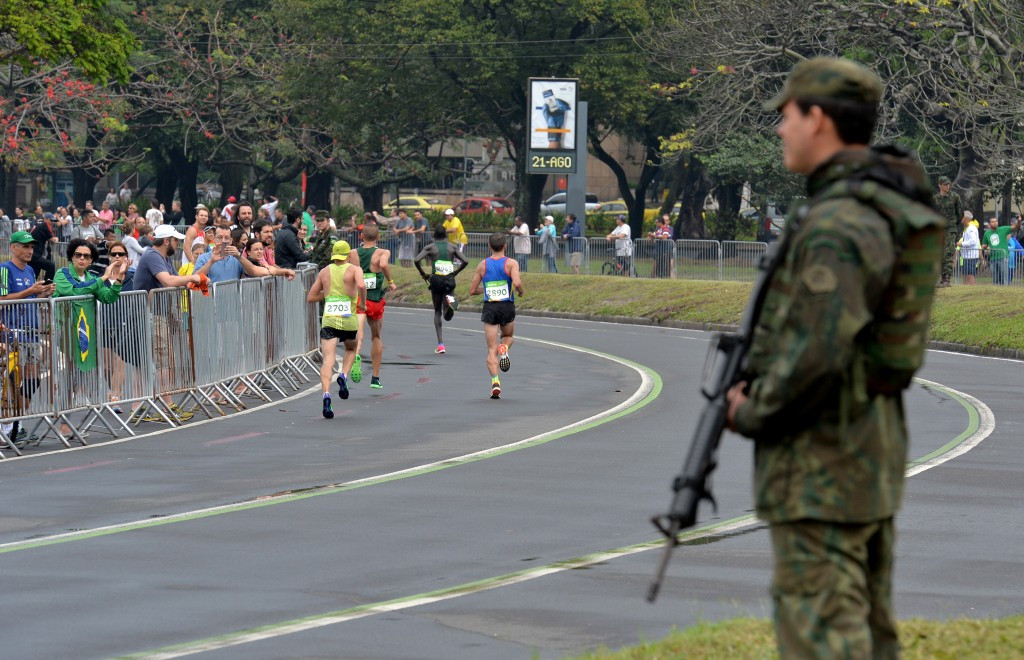 A Brazilian judge has accepted indictments against eight men who are accused of plotting terrorist attacks at the Rio 2016 Olympic Games.

Judge Marcos Josegrei da Silva, of the Federal Court in Curitiba, said prosecutors had gathered "sufficient evidence to proceed to trial", according to Reuters, which added that the group are accused of targeting "foreigners, homosexuals, Shi'ite muslims and Jews".

The accused are also charged with racketeering while all but one have been accused of corrupting minors, it has been reported.

They are currently being held at a maximum security prison in southern Brazil.

It comes after federal officers swooped to apprehend a group of ten in July, who had reported links to Islamic State (IS).

A covert operation was carried out by the police's anti-terrorism division to thwart what was then seen as the biggest threat to the security of the Olympic Games, just 15 days before the Opening Ceremony was held on August 5.

An 11th suspect later handed himself into police and another man was then detained.

According to Globo, who quoted Brazilian Minister of Justice Alexandre de Moraes, the plotters were planning to "follow the same script" of recent terrorist atrocities in Paris, Orlando and Nice.

As well as discovering details of a planned attack, investigators also uncovered evidence of weapons which had been purchased, it is claimed.

No specific details about the alleged attack, or the planned date and location, have been announced.

Moraes sparked controversy when describing those detained as “amateurs”, with concerns raised that his comments sent the wrong message at a time when the whole world was on red alert.

Prosecutor Rafael Brum Miron then claimed the potential terrorist plot was “no joke".

Around 85,000 soldiers, police officers and other security personnel were deployed at the Olympic Games, which ran until August 21.

This represented a significant increase on the amount which policed London 2012.