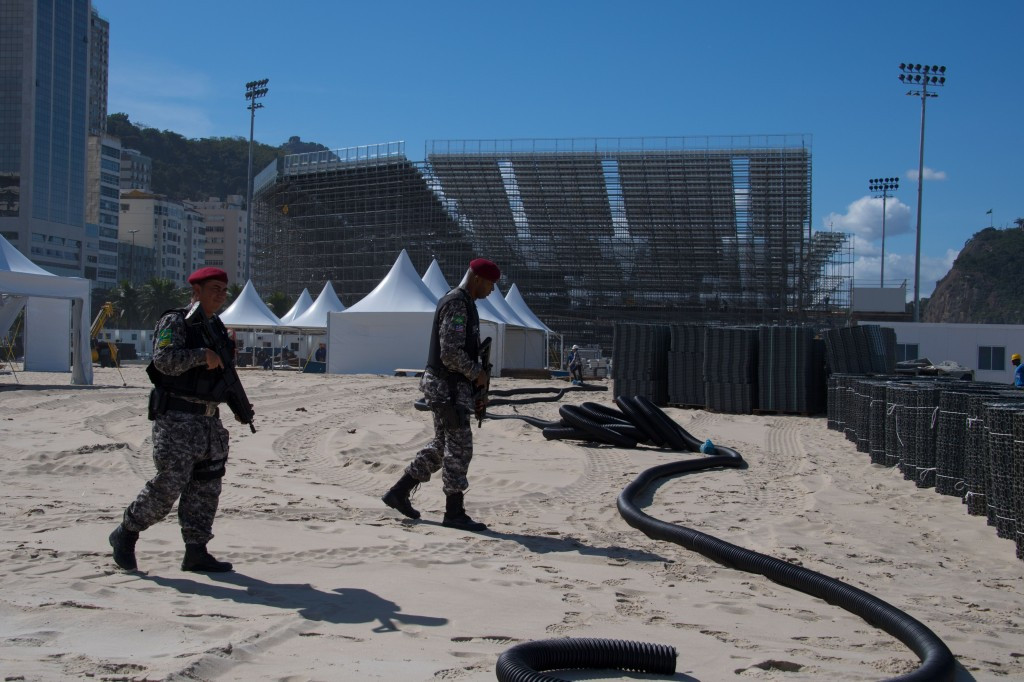 Brazilian police have arrested ten people who they say were planning a terror plot at the Rio 2016 Olympic Games.

Federal officers swooped to apprehend the group today, who Globo said have links to Islamic State (IS).

A covert operation was carried out by the police's anti-terrorism division to thwart what is seen as the biggest threat to the security of the Games so far, with only 15 days to go until the Opening Ceremony on August 5.

Police made their move after monitoring messages shared by the group on social networks Facebook and Twitter.

According to Globo, who quoted Brazilian Minister of Justice Alexandre de Moraes, the plotters were planning to "follow the same script" of recent terrorist atrocities in Paris, Orlando and Nice.

They were recruited online and swore allegiance to IS, the newspaper said, with de Moraes describing them as "amateurs".

All are said to be Brazilian with the arrests made in Parana state, to the south of Brazil.

No specific details about the planned attack, or the planned date and location, have been announced.

Brazil's Government have called an emergency cabinet meeting with the issue a major concern for organisers ahead of the Games.

While Brazil hasn't had many previous issues with terrorism, any Olympic Games must always be seen as a target.

This month's attacks in French city Nice, when 84 people were killed by a man who drove a truck into crowds celebrating Bastille Day, has placed Brazil on even higher alert.

It was also revealed that the French team was the target of a terrorist plot by a Brazilian Islamist.

"I'm having to sleep on the floor, our food arrives late and I still haven't been paid," he said.

Rio's State Government was highly criticised by the city's Mayor Eduardo Paes, who said they were doing a "terrible, horrible job" on security.

"It's completely failing at its work of policing and taking care of people," he said.

Despite this, large scale security exercises were held in Rio de Janeiro at the weekend.

The Paris attacks in November left 137 dead in the French capital after a series of shootings and explosions.

In Orlando in June, Omar Mateen killed 49 people at the Pulse nightclub after opening fire.

Islamic State claimed responsibility for the atrocities in Nice, Paris and Orlando.