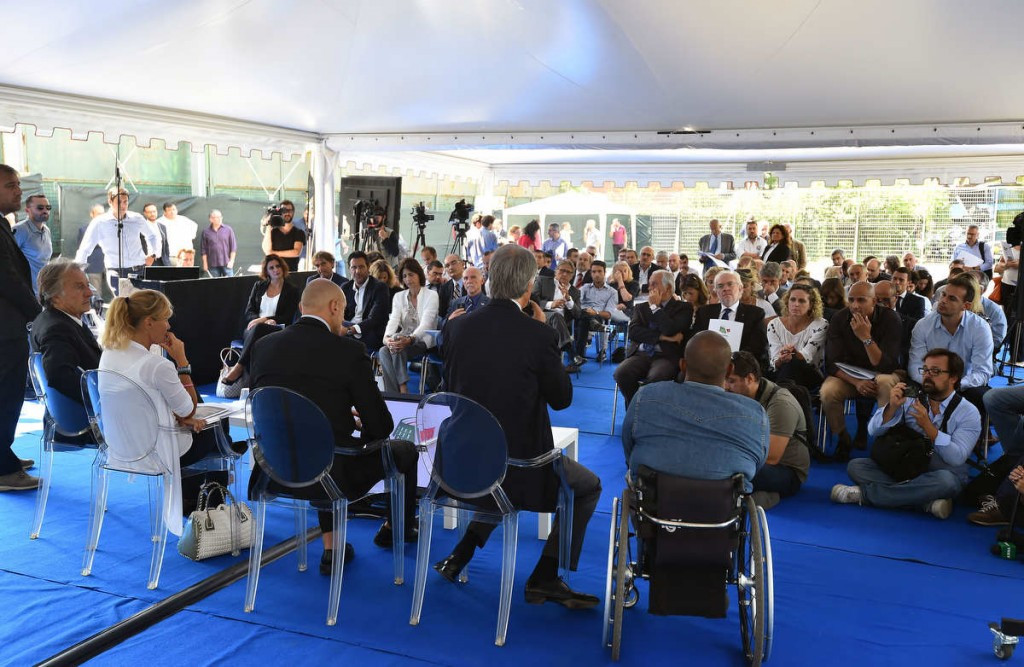 A total of 15 new sporting projects will be created within urban areas in Rome if the Italian capital is successful in its attempt at securing the hosting rights for the 2024 Olympic and Paralympic Games, it has been announced after the Bid Committee were given the first complete map of all the facilities present in the city.

The map details a total of 2,221 sporting provisions throughout Rome, 1,000 of which are public facilities, including schools.

Around 6,300 activity areas were depicted and 9,600 photos documenting the condition each facility is in have also been produced.

The mapping process, involving a team of young engineers and architects, took over fourth months and was led by the Italian National Olympic Committee (CONI).

CONI President Giovanni Malagò claimed the bid for the 2024 Olympics and Paralympics, which remains shrouded in controversy and uncertainty due to continued opposition from newly-elected Mayor Virgina Raggi, who has yet to decide whether to proceed or not, is integral to the planned development work in the city.

"This census was an important contribution," Malagò, a keen advocate and supporter of the bid, said.

"It received financing and support as part of the Rome 2024 project.

"The bid is the key - without the bid, we will not be able to carry out the work that has been planned."

Rome 2024 director general Diana Bianchedi reiterated her belief that the Italian capital’s bid was "strong", despite fears that Raggi might choose to wield the axe over their efforts in the near future, at the unveiling of the map.

"We have a very strong bid," the two-time Olympic fencing champion said.

"Because 70 per cent of the facilities we need are already present; these were part of the legacy left by the Rome 1960 Games.

"Another factor is that the suburbs play a central part in the dossier.

"The International Olympic Committee (IOC) called for that in Agenda 2020: focus on the needs of the city.

"This work is evidence that we are doing just that."

Rome 2024 President Luca di Montezemolo also stressed the importance of the bid in prompting a “significant urban improvement” in the Italian capital and surrounding areas and regions.

"These will be crucial for renewing the city.

"Rome would be at the centre of the world's attention for two years in a row, thanks to the 2024 Olympics and the Jubilee in 2025."

The IOC is due to elect its chosen host city for the 2024 Olympics and Paralympics on September 13 next year at its Session in Lima.