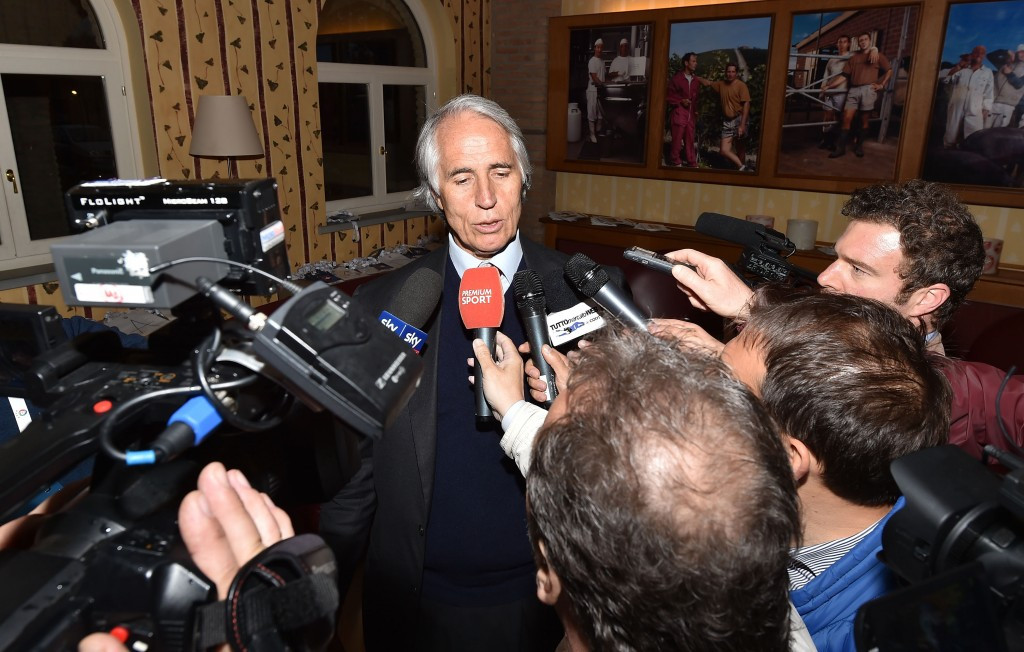 Italian Olympic Committee (CONI) President Giovanni Malagò has warned there will be no more Italian bids for the Olympic Games should Rome’s effort for 2024 be ended by the City’s Council.

The future of Rome’s bid for the 2024 Olympic and Paralympics Games remains uncertain ahead of Malagò meeting with the city’s Mayor Virginia Raggi in the coming days.

It had been reported that Raggi, a representative of the populist Five Star Movement that is against the bid, was set to announce the end of the Rome bid when the country’s Paralympic athletes attended a send-off ceremony ahead of Rio 2016 last week.

This didn't materialise, with a decision on the continuation of the bid instead deferred until a later date, with Malagò’s meeting with Raggi potentially being crucial to its future.

Malagò has claimed today that Italy would not return to bid for an Olympic Games for the foreseeable future, in the event that Raggi ends their ambitions for 2024.

"I think I know the IOC (International Olympic Committee) well and I can absolutely rule out another bid, not only for 2028 but for many [future Olympics],” Malagò told Italian news agency ANSA.

Malagò’s view contrasts sharply to the one expressed by Italian Prime Minister Matteo Renzi, a vocal backer of Rome’s bid for the Games, but has indicated the city need to support the effort.

He claimed that Italy would return immediately to fight again for the Olympics in 2028, should the capital’s efforts be ended.

Renzi did claim a new city would have to be chosen in that eventuality.

"The decision is up to the city and we'll accept that, it's either yes or no,”" he told RTL radio, according to the Associated Press, last Thursday (September 1).

"I think it would be a mistake, a very sad move.

"If the city decides no, it means that for 2028 we'll bid with another city."

A survey by pollster Censis last month found that slightly more than half, or 50.2 per cent, of Rome residents are in favour of hosting the 2024 Games.

Less than one in four, or 36.2 per cent, said they are against the idea.

Rome is currently among four bidders for 2024 along with Budapest, Los Angeles and Paris.

A decision is due to be made at the 2017 IOC Session in Lima on September 13.