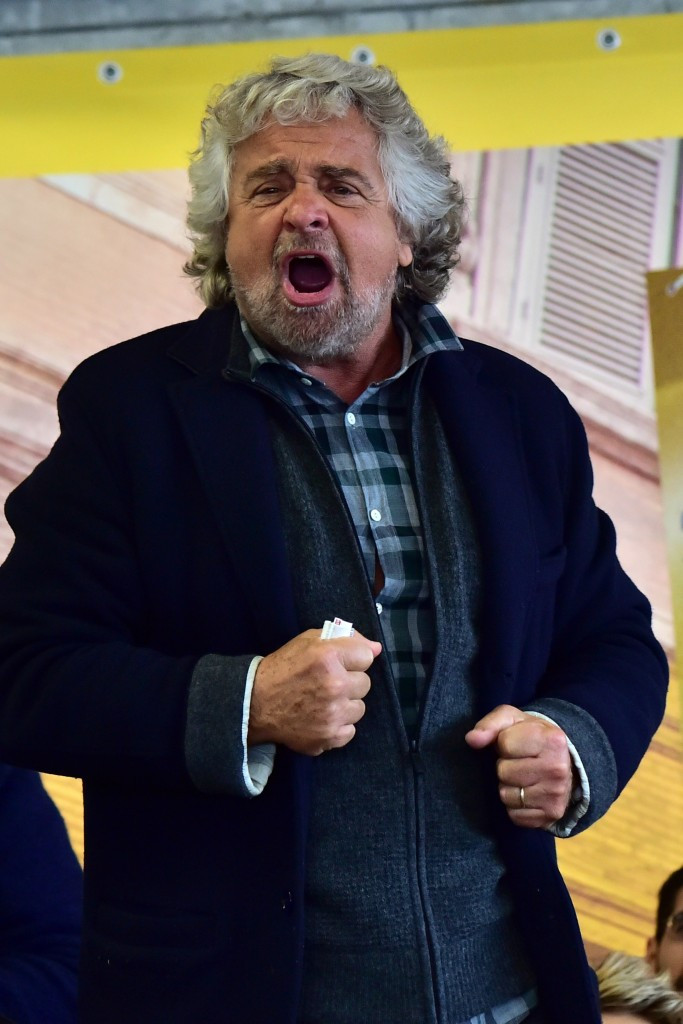 A post on the blog of Beppe Grillo, the leader of Italian political party the Five Star Movement, has backed up speculation that Rome Mayor Virginia Raggi is set to officially announce her opposition to the Rome 2024 Olympic and Paralympic bid.

The editorial, titled "Olympics, no thanks", said the Games in Rome would only serve to "condemn the future of youths to debt and act as a powerful arm of massive distraction".

The post was signed by the head of the Adusbef consumers' group, Elio Lannuti, who said: "The Olympics or World Championships can be functional to political and economic classes to appease the illusions of omnipotence of irredeemable clowns, as well as a lot of business for businessmen.

"It is a spectacle filmed by the mass media and the TV stations that finance a minimum part of the costs, ephemeral relief for the economic and social conditions of families, who may be momentarily placated with medals, before financing with their hard work the costly public apparatus."

This comes after Italian news agency ANSA said a "source" believes that Raggi, also of the Five Star Movement, and her cabinet "have not changed their minds on Rome organising the Olympics in eight years' time".

The source also said that Raggi would hold a press conference next week "to make the official announcement".

Rome's bid has been under threat since Raggi took office as the city's new Mayor in June, and it is hard to see how it could continue without the support of the Italian capital's most prominent elected official.

During her election campaign, Raggi stressed that Rome should focus on meeting their own financial needs first before hosting the Olympic and Paralympic Games.

In 2012, Italy's then Prime Minister Mario Monti called an end to a bid for the 2020 Games, citing uncertain costs and unknown financial benefit, a day before the deadline for bidding cities to submit their application files.

Italian Prime Minister Matteo Renzi has taken to social media to voice his opinion and still strongly believes the bid should go ahead.

"Rome 2024 is a great opportunity for Italy," said Renzi on Facebook.

"The project is serious and it is no coincidence that we are in pole position compared to other cities.

"I have read that the Five Star Movement would like to say no to the Olympics of Rome.

"We will respect the decision of the Mayor, whatever it is, but let me say with a lot of strength to say no to a great opportunity of development and jobs for Italy is a mistake."

According to ANSA, the Italian Olympic Committee (CONI) said any imminent announcement from Raggi would be "paradoxical" and "impossible".

This is because she has reportedly promised to discuss the bid with CONI after the end of the ongoing Rio 2016 Paralympics.

The latest development comes after the Italian Paralympic Committee (CIP) hosted a discussion with the Rome 2024 Bid Committee about the legacy of the Paralympics, should they win the race to host the Games in eight years time.

The Italian capital city's Olympic and Paralympic bid is heavily focused on its legacy, both in terms of the structures the city would inherit and on the impact of both Games, where they hope to encourage more people to participate in sport.

The meeting was held after the conclusion of the first day of competition in Rio.

"According to the latest 2016 report, compared to the year 2005, when London won the bid to host the Games, an additional 220,000 disabled people now participate in sport in the United Kingdom," said a CIP statement.

"Over 36,000 disabled individuals have been involved in the 'Motivate East - health and physical activity programme' in East London, which is where the Olympic Park was built."

A report by the International Paralympic Committee (IPC) claims that as well as producing transportation, buildings and accessible structures, the Paralympic Games have also improved the way that disabled people see sport, leading to a "better lifestyle for more than 20 million people".

"Rome paved the way in 1960 by creating the first edition of the Paralympic Games," said Pancalli.

"The Bid Committee wishes to use that know-how to organise an even more memorable edition in 2024."

Budapest, Los Angeles and Paris are also bidding for the 2024 Games with a decision due to be made by the International Olympic Committee in September 2017 in Lima.

Inside the Games has contacted Rome 2024 for a comment.