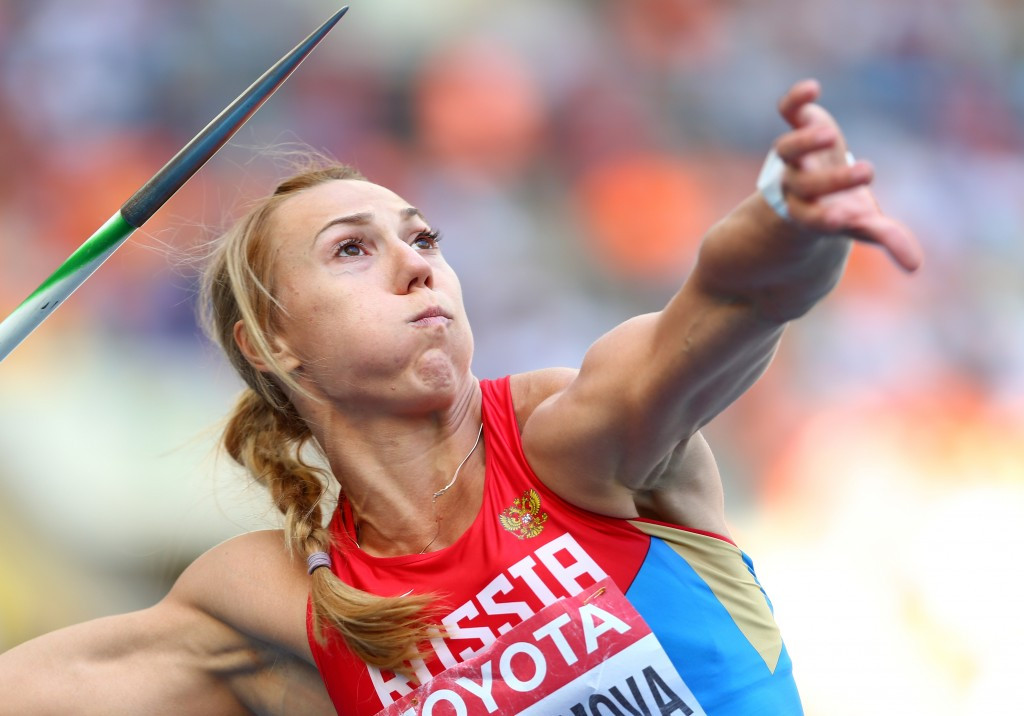 Maria Abakumova of Russia has been stripped of the Olympic silver medal she won at Beijing 2008 after she was one of four athletes from the country to have failed retrospective drugs tests from the Games in the Chinese capital and London 2012, the International Olympic Committee (IOC) announced today.

The 30-year-old Russian, who threw a national record of 70.78 metres to finish second Beijing 2008, tested positive for the anabolic steroid turinabol as part of the reanalysis of samples from the two editions of the Olympics, currently being conducted by the IOC.

Christina Obergföll of Germany is set to be upgraded to silver and Britain's Goldie Sayers, who initially finished fourth, is now likely to receive the bronze medal.

Russia also stand to lose the men's 4x400 metres relay bronze medal they won at Beijing 2008 after Denis Alexeev was named for failing for the same substance.

Maksim Dyldin, Vladislav Frolov and Anton Kokorin made up the rest of the 4x400m relay squad but will now be ordered to return their medals.

The development means the British quartet of Andrew Steele, Robert Tobin, Michael Bingham and Martyn Rooney are in line to be upgraded to bronze medal position.

Abakumova's compatriot Inga Abitova, sixth in the women's 10,000m event at Beijing 2008, has also been disqualified for testing positive for turinabol.

The IOC also revealed track cyclist Ekaterina Gnidenko's sample from the London 2012 had returned a positive test for the same substance.

Gnidenko was eighth in the keirin competition at the event but her result has been expunged.

The IOC are continuing to reveal the names of those implicated as part of the retests, with 98 positives uncovered from Beijing 2008 and London 2012.

A total of 60 positives from Beijing 2008 were uncovered by the IOC following the retests and 17 of those athletes have now been sanctioned.