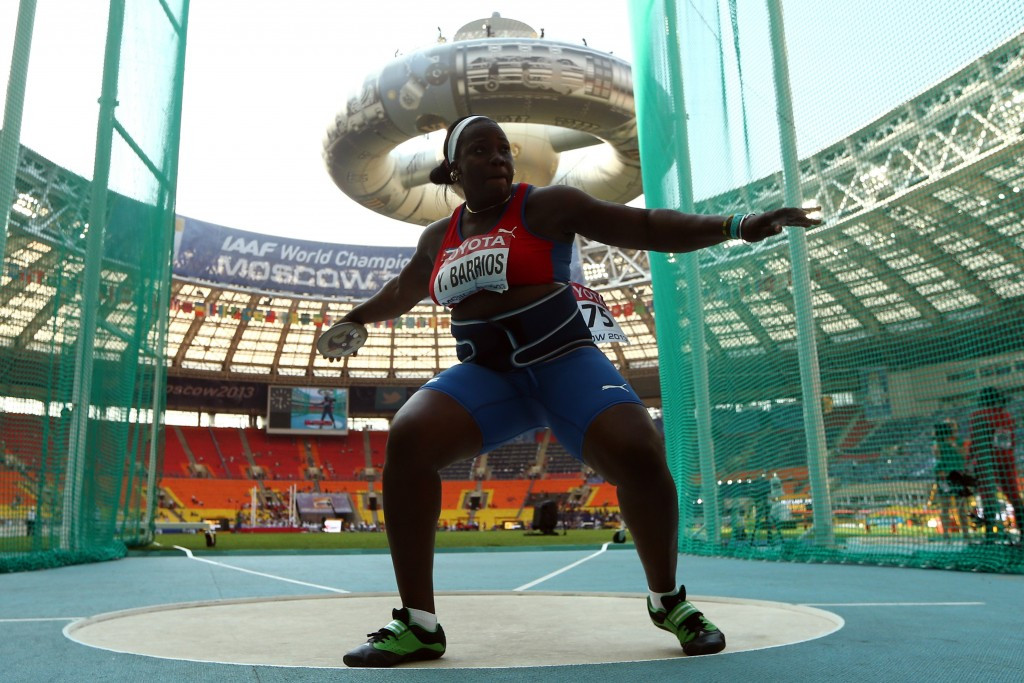 Cuban discus thrower Yarelys Barrios has been stripped of her Beijing 2008 silver medal for retrospectively failing a drugs test at the Games following re-analysis of samples conducted by the International Olympic Committee (IOC).

Barrios, who threw 63.64 metres on her way to finishing second behind American Stephanie Brown Tanton, tested positive for prohibited substance acetazolamide, a diuretic and masking agent.

The 33-year-old, also a bronze medallist at London 2012, has been ordered to return her silver medal she won at the Games in the Chinese capital.

The Cuban was awarded bronze from the event in London after silver medallist Darya Pishchalnikova of Russia was disqualified for doping.

Ukrainian Olena Antonova, who was given a two-year doping ban when she had already retired for testing positive at the 2009 World Championships in Berlin, could be in line to be upgraded to Olympic silver.

Song Aimin of China, who was fourth in the women’s discus competition at Beijing 2008, is now set to be given the bronze medal.

Barrios, a four-time World Championships medallist, was one of two athletes to have been named by the IOC today, along with Qatari sprinter Samuel Adelebari Francis.

A re-analysis of the sample the Qatari gave at the Games was found to have contained banned substance stanozolol.

The sanctions announced by the IOC come after the organisation stripped four athletes of medals from Beijing 2008 for retrospectively testing positive yesterday.

Russian weightlifter Marina Shainova was stripped of her Olympic silver medal from the Games in Beijing, with compatriot Nadezda Evstyukhina ordered to return her Beijing 2008 bronze.

Another Russian, 400m runner Tatyana Firova, was also named but Russia had already been stripped of their 4x400 metres relay silver after Anastasiya Kapachinskaya failed a retrospective test from the Games last month.

Weightlifters Alexandru Dudoglo of Moldova and Azerbaijan’s Intigam Zairov did not earn medals in Beijing but were also disqualified yesterday.

The IOC are continuing to reveal the names of those implicated as part of the retests, with 98 positive tests uncovered from Beijing 2008 and London 2012.

A total of 60 positives from Beijing 2008 were uncovered by the IOC following the retests and 15 of those athletes have been sanctioned thus far.