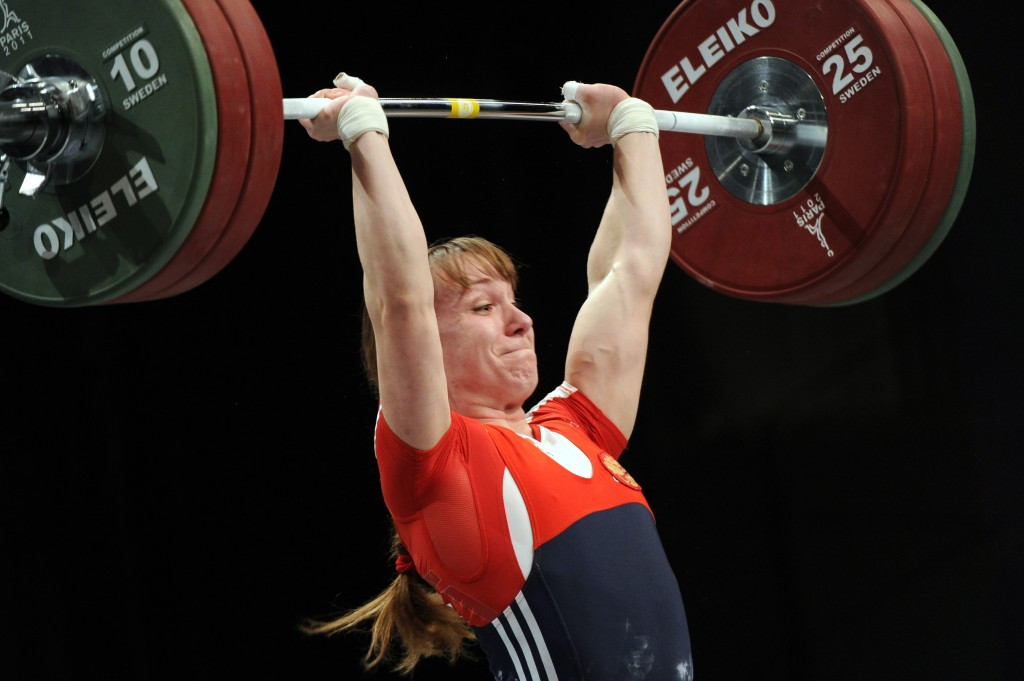 Russian weightlifter Marina Shainova has been ordered to return her Beijing 2008 silver medal after she was among a further six athletes named for failing drugs tests following re-analysis of samples from the Games by the International Olympic Committee (IOC).

Compatriot Tatyana Firova was also named but Russia had already been stripped of their 4x400 metres relay silver after Anastasiya Kapachinskaya failed a retrospective test from the Games earlier this month.

The other two to have tested positive in the latest wave of retests from the Games in the Chinese capital - weightlifters Alexandru Dudoglo of Moldova and Intigam Zairov - did not earn medals but have been disqualified.

Shainova, who claimed women’s 58kg silver in Beijing and served a doping ban in 2013,  tested positive for stanozolol and turinabol along with Martirosyan.

Turinabol and erythropoietin were found in the sample given by Evstyukhina, a a three-time world champion.

Firova, whose ninth place result in the 400m event has also been anulled, failed for turinabol and 3a-hydroxy-5a-androst-1-en-17-one.

North Korea’s O Jong-ae, who finished behind Shainova at the 2008 Olympics, is set to be upgraded to silver, with Thailand’s Wandee Kameaim moving into bronze medal position.

Cuba’s Yordanis Borrero was fourth in the men’s 69kg division but could now become an Olympic bronze medallist, with Damaris Aguirre of Mexico set to take bronze in the women’s 75kg category.

The news comes after a trio of Chinese weightlifting gold medallists were revealed to have returned positive tests at the event on home soil last week.

China are facing a one-year ban from weightlifting after the sport’s world governing body confirmed that the country's three failed retests from Beijing 2008 samples were enough to warrant such a sanction under rules adopted earlier this year.

A total of 15 weightlifters were implicated as part of the second wave of retests from the Olympics in the Chinese capital, with eight finishing as medallists.

The organisation announced last month that names of all 98 athletes to have tested positive following targeted re-analysis of drug tests at the 2008 and 2012 Olympic Games in Beijing and London would not be released until after Rio 2016, which came to a conclusion on August 21.