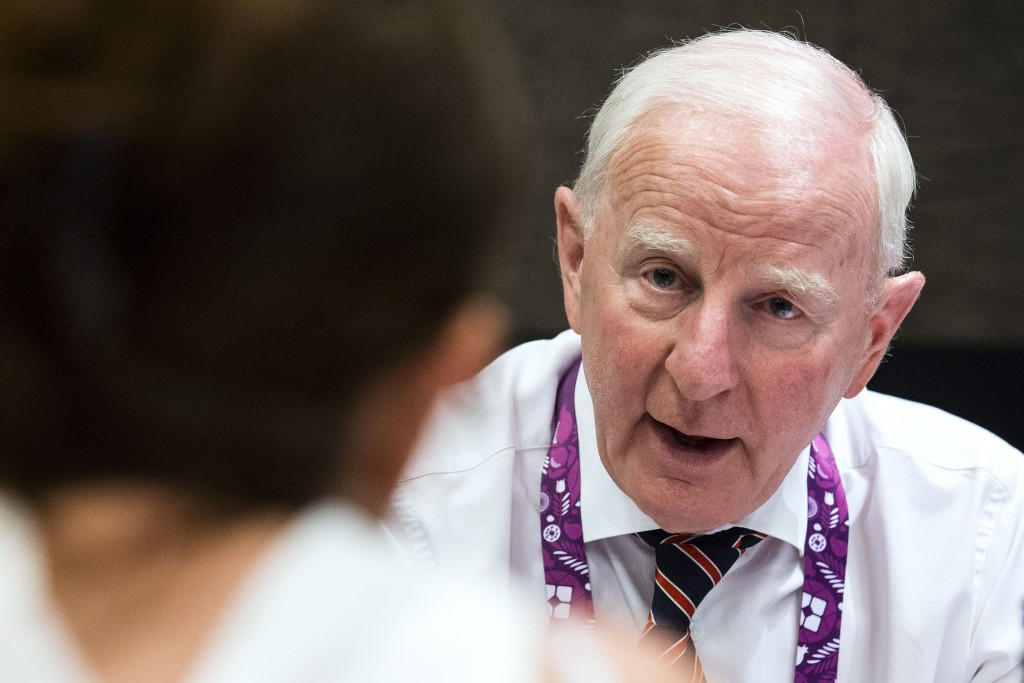 Senior International Olympic Committee (IOC) officials did nothing wrong when discussing with Patrick Hickey the possibility of giving THG Sports a role in selling tickets for Rio 2016, it was claimed today.

Police in Brazil yesterday released email correspondence between Hickey, in his role as President of the Olympic Council of Ireland, and Christophe Dubi, executive director of the Olympic Games at the IOC, as well as Pere Miro, the director general of National Olympic Committee relations, about the status of British company THG Sports, run by Marcus Evans, as Ireland’s Rio 2016 authorised ticket reseller (ATR).

Although THG were the OCI's ATR for London 2012 and Sochi 2014, they were not selected for Rio 2016 following objections from Brazilian officials and so had no rights to sell tickets.

Howard Stupp, the director of legal affairs, and Sidney Levy, the Rio 2016 chief executive, were also alleged recipients of the e-mail.

According to the email, Hickey outlined an “agreement” which would see the OCI appoint THG as a “sub agent” with him then allegedly saying that IOC President Thomas Bach “confirmed he was in acceptance with it”.

Hickey allegedly asked for the OCI to serve as the ATR for the Games and for the IOC to write THG a “letter of comfort” confirming that the situation would not jeopardise any application for Tokyo 2020.

An e-mail published by Brazilian newspaper Estadao purportedly shows Stupp drafting a letter, which he says could be signed by Dubi.

It is also alleged that Hickey asked Rio 2016 to give THG the “same rights and obligations as an ATR” and that the company would withdraw their previous request, meaning they “wouldn’t have been rejected as an ATR”.

The IOC, who until now had refused to answer questions about the ticket scandal in Rio de Janeiro, which has seen Hickey arrested and reportedly charged with criminal organisation, ticket touting, ambush marketing, larceny, money laundering and tax evasion, have insisted they followed their procedures correctly.

"The Organising Committee (OCOG) is responsible to ensure that the ticketing system proposed, including all aspects of distribution (e.g. selection of official travel agents, resellers) is in strict compliance with all applicable laws and regulations," an IOC spokesperson told insidethegames.

"In this particular case the OCOG did not approve the entity THG, proposed by the OCI, as authorised ticket reseller.

"OCI in turn complained that the OCOG did not disclose legally defendable reasons for this decision to them. In this situation, the IOC administration was asked by both parties to facilitate a solution. In the course of these contacts between the OCOG, OCI and the IOC administration many potential solutions were considered.

"One of them was for the OCI to become the ATR as allowed by the terms of the Ticket Sales Agreement (TSA).

"The TSA also provides for an ATR to sublicense its activities if it wishes to do so.

"The acceptance of such an agent or sub-agent is the responsibility of the OCOG."

The IOC spokesperson added: "Therefore, the idea considered at this time by the OCOG, the OCI and the IOC administrations, as outlined in Mr Hickey’s email from 10 April 2015 to the IOC and Rio 2016 administrations, was in compliance with all the rules and regulations.

"Following the regulations, the IOC administration made it clear to Mr Hickey, that this 'strategy' as he 'perceive(d) it to be' needed to be followed up with the OCOG.

"This is what actually happened. The IOC administration cannot impose any decision on the OCOG, and because of this also not received any kind of instructions in this respect.

"This you can also see from the fact that such a potential solution was never concluded and OCI was not appointed as ATR nor was THG appointed as sub-agent.

"In all these exchanges between the IOC administration, OCI and OCOG concerning different ideas,

"it was always explicitly made clear that any solution “must be in compliance with the NOCs (National Olympic Committees) obligation under the Ticketing Sales Agreement with Rio 2016 and the Code of Conduct towards the IOC.

"Eventually, OCI and the OCOG entered into a TSA, including the number of tickets to be allocated. Following an evaluation, Pro 10 was accepted by the OCOG as ATR."

THG Sports director Kevin Mallon has been charged in Brazil, along with Hickey, while an arrest warrant has been issued for Evans.

Pro10 Sports, set up as a front for THG Sports, according to police in Brazil, have denied they have done anything wrong.

The Brazilian police have said they would like to interview Bach as a witness.

There is no suggestion he has done anything wrong.