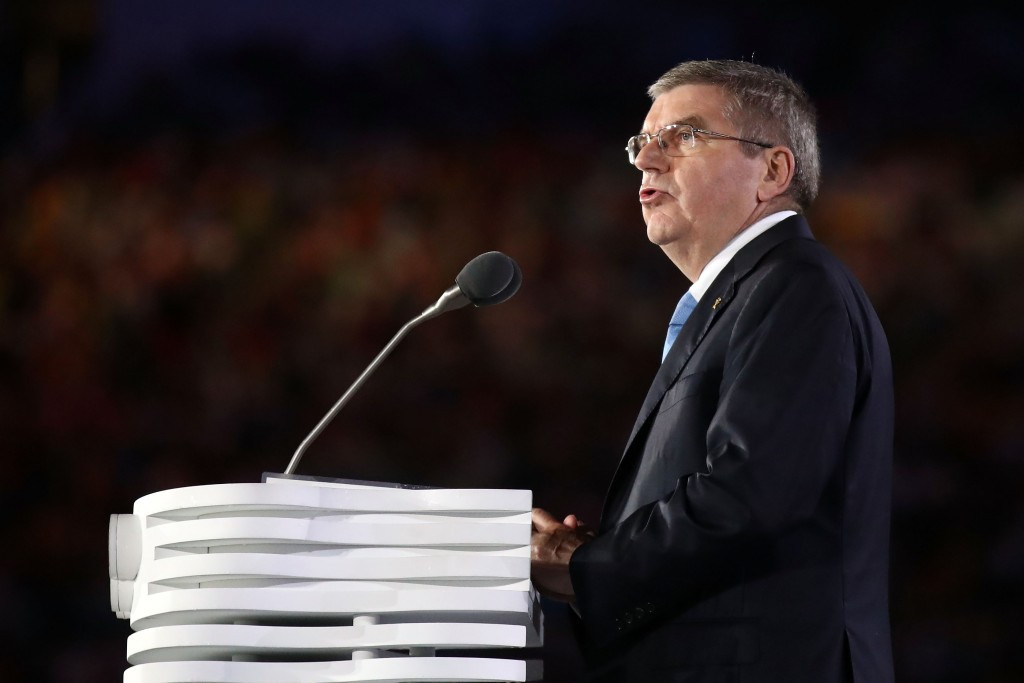 According to Globo, authorities want to talk to the German, although there is no suggestion that he has done anything wrong.

Bach is currently not in Brazil for today's Opening Ceremony of the Paralympic Games in Rio de Janeiro as he is attending the official state mourning ceremony for Walter Scheel, the former West Germany President, who died at the age of 97, in Berlin.

He has instead appointed South Africa’s Sam Ramsamy as the official representative of the IOC at the Opening Ceremony, but his absence means the sitting IOC President will miss the event for the first time since 1984.

Globo have reported that the next time Bach arrives in Brazil, he will be "subpoenaed" as a witness and claim to have seen e-mails between the German and Hickey discussing ticketing.

In a statement sent to insidethegames, the IOC said the President had "no plans" to travel to the country.

"The IOC cannot comment on a newspaper story nor on the ongoing legal procedure against Mr Hickey for whom the presumption of innocence prevails," a spokesperson said.

"For the IOC it goes without saying that it will cooperate on this matter.

"At this present time there are no plans to travel to Brazil.”

Seventy-one-year-old Hickey, who denies all allegations against him, was yesterday formally charged in connection with the alleged ticketing scandal involving Ireland at last month's Olympic Games in Rio.

Rio public prosecutor Marcus Kac has passed charges against the Olympic Council of Ireland (OCI) President and compatriot Kevin Mallon, the director of THG Sports, one of two agencies at the centre of the controversy over allegations of illegal ticket sales at Rio 2016.

A judge will now decide whether to accept or reject the charges, which include supply of tickets for the purpose of touting, false advertising, fraud, money laundering and tax evasion.

Should a judge decide to reject them, the case will be dropped and both Hickey, an IOC Executive Board member and the European Olympic Committees (EOC) President, and Mallon will be free to leave Brazil.

A police official yesterday said Hickey, who has stepped down temporarily from his sporting roles, is declining to answer police questions, while the Irishman did not comment upon leaving a Rio de Janeiro police station.

Also charged are several THG employees, including its owner Marcus Evans, as well as the three directors of Pro10 Sports Management, the Dublin-based company that was the OCI's authorised ticket reseller (ATR) for Rio 2016.

All involved deny any wrongdoing.

If the judge decides to accept charges against the accused, their legal defence teams will be provided 10 days in which to present a preliminary, or technical, defence.

Following this, a court case would be scheduled.

Mallon met with civil police investigators on Monday (September 5) in Rio having been released from Bangu Prison on bail late last month following a Supreme Court ruling in Brasília.

He was sharing a cell with Hickey who was released from Bangu last Tuesday (August 30).