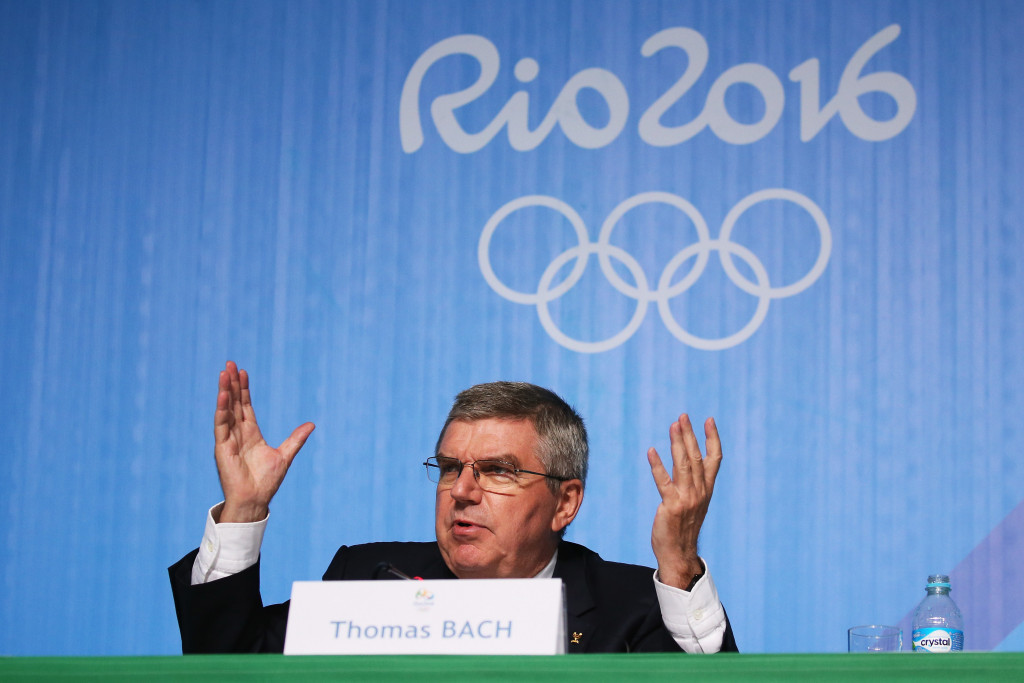 Thomas Bach has not been approached by the police in Brazil to give evidence in their investigation into alleged ticket touting at Rio 2016, the International Olympic Committee (IOC) claimed today.

Ronaldo Oliveira, the head of specialised operations at the Civil Police in Rio de Janeiro, yesterday claimed they wanted to to speak to the IOC President as a witness after his name appeared several times in emails and text messages discovered during the inquiry.

THG Sports, the British company owned by Marcus Evans, is at the centre of the ticket scandal at Rio 2016 which has already seen Olympic Council of Ireland (OCI) President Patrick Hickey and the company's director Kevin Mallon arrested.

The Civil Police have uncovered an email from Hickey sent to Bach last year in which he requested extra tickets for a number of events at Rio 2016, including 500 for the men's football final.

Following his message, the police claim that the OCI received another 296 tickets for various sports, although they cannot find a response from Bach to Hickey's original message.

Mark Adams, Bach's spokesman, denied in an email sent to all 97 IOC members - and obtained by insidethegames  - that they were refusing to cooperate with the police in Brazil.

"The IOC is in this respect only informed by media.

"This includes the publication of obviously private messages not related to the allegations against Mr Hickey by the police.

"There was and there is no request for a hearing as witness for any IOC official.

"As said from the very first day on, the IOC is ready to cooperate to clarify this matter.

"The IOC has always acted following the rules and procedures.

"The allegations appear to concern sales of tickets for the Olympic Games Rio 2016 by a non-authorised entity.

"This entity, THG, had previously been rejected by the Organising Committee Rio 2016 (Rio 2016) as the Authorised Ticket Reseller(ATR) for the territory of Ireland, following the applicable procedure.

"This rejection by Rio 2016 was supported by the IOC.

"Pursuant to this decision, the NOC proposed a new ATR, Pro 10, which was evaluated and accepted by Rio 2016, and with whom Rio 2016 entered into a contract.

"The Olympic Council of Ireland, Pro 10, the newly appointed ATR, duly signed both the Code of Conduct and the Ticket Sales Agreement with Rio 2016.

"The IOC will not further publicly comment on this matter since it is an ongoing legal procedure against Mr Hickey for whom the presumption of innocence prevails."

The email makes no mention, however, as to why Bach has decided not to attend the Paralympic Games, making him the first IOC President to miss the event since 1984.

The Civil Police in Rio had expected Bach to return for the Opening Ceremony in Rio on Wednesday (September 7) but instead decided to stay in Europe to attend the funeral of former West German President  Walter Scheel.

Bach is also due to visit Zagreb tomorrow to help the Croatian Olympic Committee celebrate its 25th anniversary.

A series of text messages between Bach and 71-year-oold Hickey have given an insight into the close relationship the pair enjoyed.

Bach even signed off some of his emails to Hickey, a member of the IOC's ruling Executive Board and President of the European Olympic Committees (EOC) until he temporarily stood down following his arrest in Rio on August 17, with "big hug Thomas".

In one email, sent by Hickey to Bach on January 16 this year, the Irishman revealed that he planned to step down as President of the OCI after Rio 2016, having held the post since 1988, to concentrate on his other Olympic roles.

These included standing next year for further terms as President of the EOC and senior vice-president of the Association of National Olympic Committees.

There was also an exchange of text messages between Bach and Hickey on June 22 this year following the Olympic Summit in Lausanne, where it had been decided that Russian athletes could compete at Rio 2016 if they passed "individual evaluation".

Bach had written to Hickey: "Thank you very much for your great support - see you soon Thomas".

Hickey replied: "My great pleasure Mr President. It was a great success for you and you handled it brilliantly. Congratulations. Pat".