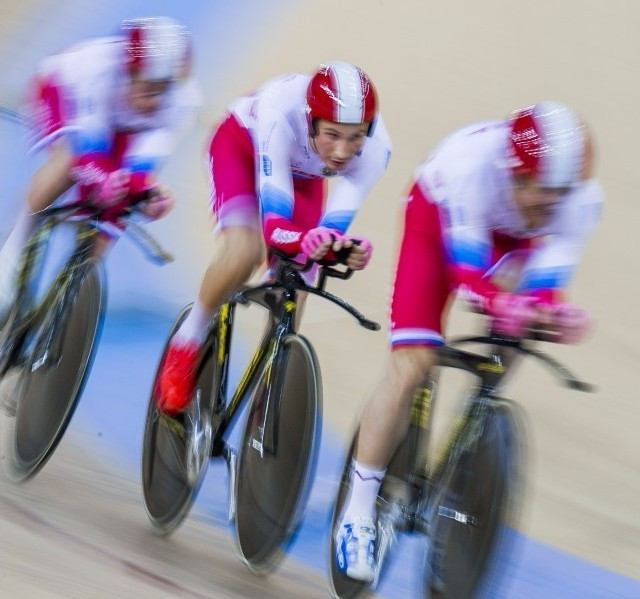 The three members of the Russian team pursuit squad were barred from Rio 2016 by the International Cycling Union (UCI) after being implicated in the alleged "Disappearing Positives Methodology" outlined in the World Anti-Doping Agency (WADA)-commissioned report led by Canadian lawyer Richard McLaren.

All three cyclists remained barred from the Olympics following unsuccessful appeals to the Court of Arbitration for Sport (CAS).

Until now, it had not been clear exactly what they had been accused of taking.

But they reveal in a joint letter addressed to sports organisations including WADA, the UCI and the International Olympic Committee - and obtained by insidethegames - that McLaren claimed there was a "probability of [the] presence of EPO allegedly detected in our urine samples".

EPO is a drug notorious for its use among endurance athlete, particularly in cycling, with disgraced former seven-time Tour de France winner Lance Armstrong having admitted to using it in 2013.

An test was first introduced for detecting it in 2000, but it has become far more reliable in recent years.

Sokolov, Sveshnikov and Strakhov all deny taking the substance and criticise the evidence provided to McLaren by former Moscow Laboratory director Grigory Rodchenkov.

Rodchenkov, who has since left Russia for the United States, alleged the Russian Sports Ministry "directed, controlled and oversaw" a "unique" method of sample manipulation during the 2014 Winter Olympic Games two years' ago in Sochi, involving a sample-swapping method where they had been able to open and reseal tamper-proof bottles.

Similar schemes have also been alleged throughout Russian sport.

But Rodchenkov's reliability as a source has been fiercely questioned in Russia, where he is considered a slanderous traitor guilty of crimes including "pergery, ilegal trafficking, fraud and blackmail".

"We cannot understand why were were barred from the Olympics due to this insance criminal's testimony, in violation of the World Anti-Doping Code provisions," the three cyclists write in their letter.

"We evidently were deprived of any fair possibility just to present our explanations in relation to these unfounded and false allegations made by such a persistent offender like Mr Rodchenkov."

They have threatened to sue Rodchenkov and WADA for, what they claim, is their wrong interpretation of the McLaren Report in order to prove their innocence.

A "representative commission of independent experts", including from Russia, must be established to look into the allegations, they then claim.

They add: "We are still sure that the WADA and the IOC share our interest to protect clean athletes, to fight doping and to clean the sport and the Olympic Movement of dirty scandals and of unfair systems [sic] supported by some WADA ex-officials, and to reveal the truth ensuring a level playing field in different sports and in applying severe sanctions for athletes as well...

"We are sure that must be done without any hesitation, as the mere concept of the fight against doping, and the integrity of sport are in jeopardy.

"We do hope that both natural justice and fairness prevail."

Neither WADA nor the UCI responded directly to questions about what substances the cyclists are accused of taking.

"WADA did receive the letter and it has been passed on to Professor Richard McLaren," a spokesperson told insidethegames.

"WADA has full confidence in Professor McLaren, his Investigation and the Report that resulted.

"It's important to bear in mind that Professor McLaren's investigation is not based on Dr. Rodchenkov's allegations but rather on evidence that corroborates the allegations as first exposed via the New York Times.

"Professor McLaren is currently completing his mandate with the second Report timed for end-October.

"Upon completion, Professor McLaren will publish the evidence."

The UCI had no comment other than a repeat of their August 5 statement "taking note" to CAS rejection of the three Russian appeals.

Russia's place in the Olympic team pursuit competition was taken by Italy.