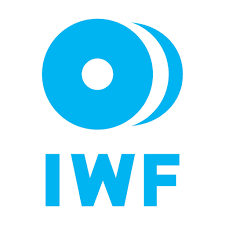 Russia's weightlifters have been banned from competing at the Olympic Games here, it was announced today.

In a statement, the International Weightlifting Federation (IWF) said that the "integrity of the weightlifting sport has been seriously damaged on multiple times and levels by the Russians, therefore an appropriate sanction was applied in order to preserve the status of the sport".

They also expressed their wish to highlight the "extremely shocking and disappointing statistics" regarding Russian weightlifters.

The IWF statement added:  "The Russian Weightlifting Federation will be barred from recommending, entering or participating with athletes and Technical Officials."

This decision, made by the IWF Executive Board following a meeting today, follows analysis of the McLaren Report as well as the advice of the International Olympic Committee (IOC) and re-analysis of Beijing 2008 and London 2012 samples.

Of the eight athletes nominated, two, Tatiana Kashirina’s and Anastasiia Romanova, were banned automatically because they have previously failed tests.

Others now unable to attend consist of five men.

Four of these were listed in the McLaren Report as beneficiaries of the "Disappearing Positive Methodology System" in which samples were illegally switched for clean ones.

It is not yet clear which four these were, but it is certain that former world or European champions will be implicated.

Article 12.4 of the IWF Anti-Doping Policy gives the world governing body the authority to ban the entire team, even the two not directly implicated.

It reads: "If any Member Federation or members or officials thereof, by reason of conduct connected with or associated with doping or anti-doping rule violations, brings the sport of weightlifting into disrepute, the IWF Executive Board may, in its discretion, take such action as it deems fit to protect the reputation and integrity of the sport.“

This already exceeds an IWF rule introduced last month that any country producing three failures from the re-tests would be banned from Rio 2016.

But, with these results unlikely to be confirmed by the IOC before the Games begin, the IWF have decided to suspend Russia anyway.

Quota places for Rio 2016 have already been re-distributed.

Albania, Georgia and Moldova will be given three additional women's spots.

Belgium, Croatia, El Salvador, Mongolia and Serbia will be able to compete in men's events.

All athletes beneficiating from this last minute reallocation were tested in the qualification period and are subject to further testing before participation, today's IWF statement added.

Two more cyclists, team pursuiters Kirill Sveshnikov and Dmitry Sokolov, meanwhile, have also been banned today after being implicated in the McLaren Report.

It brings the total number of Russians ineligible for Rio 2016 to 119, including the track and field team banned last month by the International Association of Athletics Federations.

The Russian women's handball team has been permitted to compete, however.

Russia will join Bulgaria in having no weightlifters allowed to compete at Rio 2016.

The IWF banned them from Rio 2016 last November after 11 weigthlifters tested positive in March 2015.

Azerbaijan will also have no presence after being stripped of the only two quota places they secured.

Russia had had won more medals in weightlifting at Beijing 2008 and London 2012 than any other country apart from China, the sport's dominant force.

At London 2012 they won six medals, five silver and a bronze.

Belarus, Kazakhstan and Turkey could also face a ban if the IOC confirm the remaining Beijing 2008 and London 2012 re-tested cases before the Games begin.

The IWF decision is among the most hardline stance taken by any International Federation so far since the McLaren Report was published last week.

The International Rowing Federation is the only other body to have banned Russians not directly implicated in either the report or in a previous failure.

There has been no reaction from Russia yet on the IWF decison.