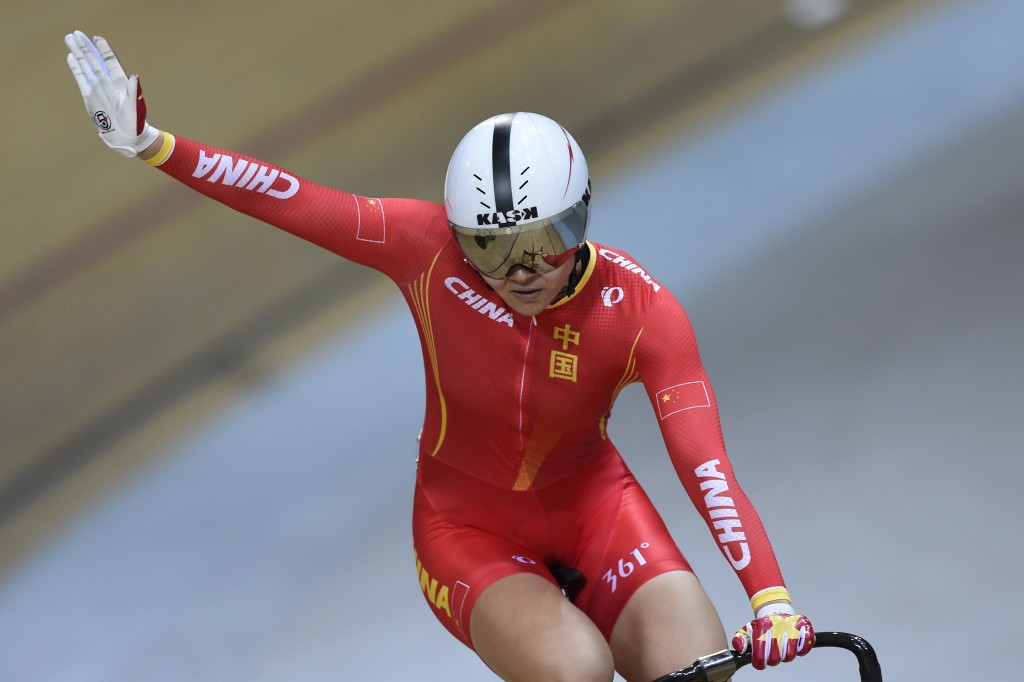 China’s Tianshi Zhong claimed her second title of the International Cycling Union (UCI) Track World Cup in the Colombian city Cali as she was able to overcome her team-mate Shuang Guo in the women’s sprint gold medal ride.

Having triumphed in the women’s team sprint on the first day of competition, alongside Jinjie Gong, Zhong enjoyed serene progress through the opening rounds of the individual event, but then required three rides to overcome the reigning world champion Kristina Vogel of Germany in their semi-final.

It set up a clash with Guo for gold, with her fellow Chinese sprinter defeating Hong Kong’s Wai Sze Lee in straight rides in their last four clash, but Zhong proved dominant in the final as she comfortably won the two races to take top step on the podium.

Lee completed the medal positions as she produced an excellent display to defeat Vogel in both rides in the contest for bronze.

The women’s scratch race saw a four way fight for the medals with Cuba’s Arlenis Sierra Canadilla, Belgium’s Lotte Kopecky, Ireland’s Lydia Boylan and the United States’ Jennifer Valente boasting a one lap lead over their rivals as the close of the 40 kilometre race approached.

A burst of speed from Canadilla saw her secure gold while Kopecky and Valente pushed Boylan out of the medal positions as they secured silver and bronze respectively.

Olympic champion Laura Trott leads the women’s omnium at the halfway stage on 114 points after an excellent opening three events including a victory in the elimination race, which is often seen as the Briton’s forte.

Russia’s Viktor Manakov leads the men’s omnium having secured 108 points, but the recently crowned European champion Elia Viviani will prove a threat in the final three events as he is only six points behind.

Domenic Weinstein claimed the first of two men’s titles on offer on the second day of the World Cup as the German posted a time of 3min 00.069sec to defeat Britain’s Andy Tennant in the final of the men’s individual pursuit competition.

The podium was completed by Russia’s Dmitry Sokolov after he defeated The Netherlands’ Dion Beukeboom after clocking a time of 3:02.141 for the four kilometre distance.

Germany were also able to celebrate in the men’s keirin as Joachim Eilers outsprinted Australia’s Matthew Glaetzer and New Zealand’s Edward Dawkins to secure gold, with his rivals earning silver and bronze respectively.