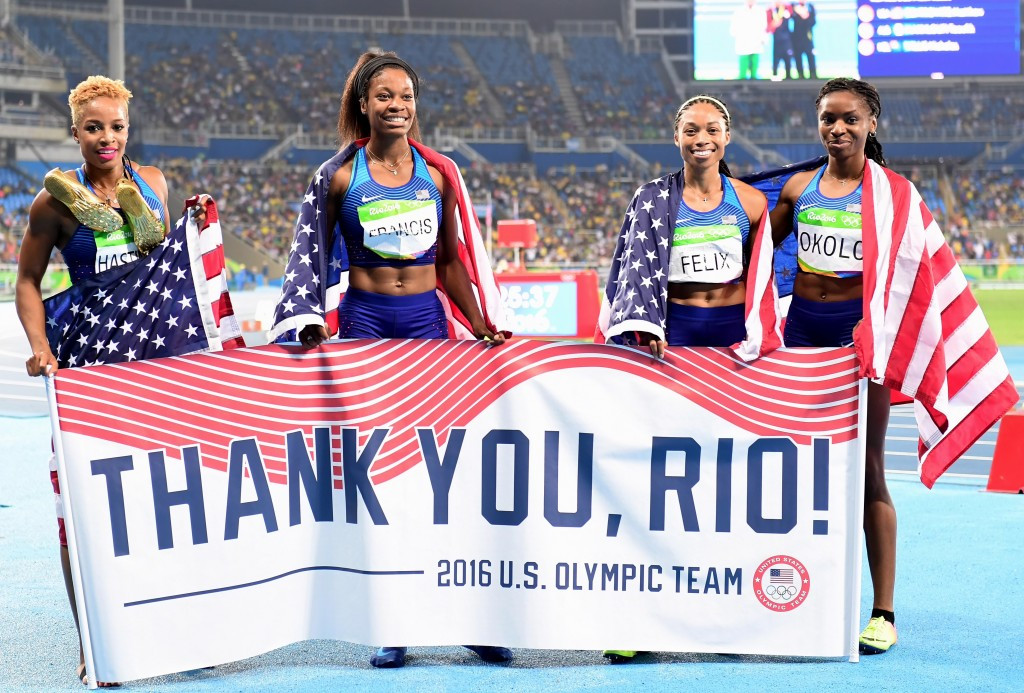 Los Angeles 2024 have claimed their "low risk and sustainable plan" would allow them to build on the “very best of Rio 2016” should they be awarded the right to host the Olympic Games.

They spent the past three weeks participating in the International Olympic Committee (IOC) observer programme, which looked to provide guidance to future and potential host cities on how to put in place optimal conditions for elite athletic performances.

Following the conclusion of the Games on Sunday (August 21), Los Angeles Mayor Eric Garcetti described Rio de Janeiro as “a jewel and one the world’s great cities", while commending his Rio counterpart Eduardo Paes for his leadership in delivering the Olympics.

Los Angeles have pledged to incorporate the lessons they have learned from Rio 2016 into their Games concept, which they claim will continue to elevate sport and the athlete experience to new heights.

“Los Angeles 2024’s low-risk, sustainable venue plan means we can spend our time and resources on building on the very best of Rio 2016,” said Wasserman.

“If we are given the honour of being elected hosts, Los Angeles 2024 will have a unique opportunity to spend seven years focusing on innovation and the kind of ‘last mile’ preparations which elevate the Games-time experience to the Olympic-class of the future for every single stakeholder.

“On behalf of the entire LA 2024 team, we are incredibly grateful for the warm welcome we have received from the Olympic Family and from the people of Rio.

“Our time in this great city has inspired us to reach even higher in placing California's creativity, technology and innovation at the service of the Olympic Movement.”

Enabling athletes to perform in optimum conditions, as well as encompassing the broader "front and back-of house" experiences for officials, media and fans are seen as key to achieving the aim.

Integrating the city’s coastline and iconic landmarks into the Games has been viewed as important to deliver a “camera friendly” impression of Los Angeles, while it is claimed the city’s existing sports venues means they will be able to respond with flexibility to any changes in the Olympic programme.

Los Angeles 2024 have also reiterated that a major transport overhaul is already underway in the city and is taking place regardless of the Games, but would provide efficient travel should they be successful.

“Rio 2016 has proven that when you give the athletes the right platform, their performances are what the world will be talking about,” said Evans, a quadruple Olympic gold medallist in swimming.

“We have had 15 active members of the LA 2024 Athletes’ Advisory Commission here in Rio.

“They competed in nine sports, winning 19 medals, so they are going to be able to offer us a really broad range of experiences and feedback.

“We will be holding more town hall meetings across the United States to meet with these athletes to ensure our Games concept guarantees the ultimate experience for the men and women at the heart of it all: the athletes.”

Budapest, Paris and Rome are also bidding for the 2024 Olympics and Paralympics, with a decision to be made by the IOC in Lima next year.