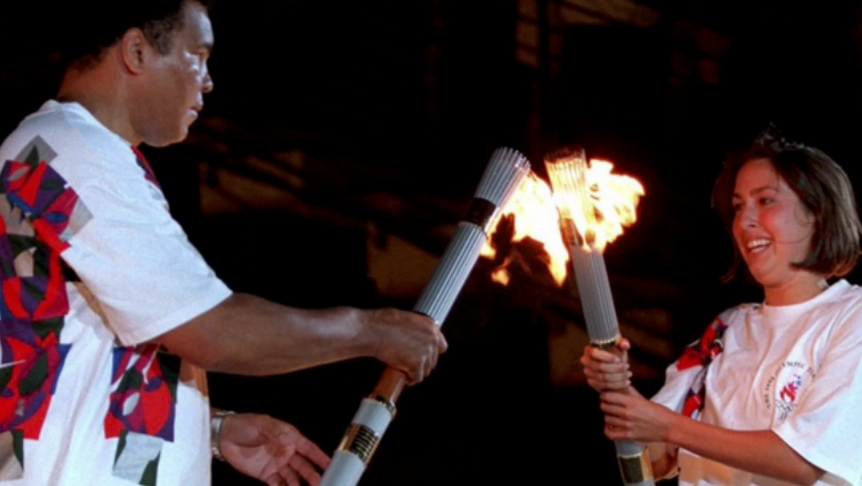 Janet Evans will return to Atlanta tomorrow as part of the city's celebrations of the 20th anniversary of the 1996 Olympic and Paralympic Games and to take part in a meeting to find out from athletes ideas to help Los Angeles win its bid for 2024.

Evans carried the Olympic Torch in the Opening Ceremony of Atlanta 1996 and handed it to the late Muhammad Ali to light the Cauldron.

The former swimmer, winner of five Olympic medals, including four gold, described how she felt earlier this year when hosting the Third Annual Muhammad Ali Humanitarian Awards shortly before the death of the boxing legend.

"I got to the top, and there stood Muhammad Ali," she told the audience.

"And I never cried after any of my Olympic medals, but I wanted to cry.

"And my moment with him was brief; you saw how quickly he lit that flame.

"But that moment for me, standing there, watching this man, with his courage and his determination, and being brought into the Olympic fold once again, 36 years after his gold medal in 1960.

"And to stand there in front of the world and inspire even more young people like myself, to be and do and accomplish anything we want to do, it was an epiphany for me.

"It was a defining moment in my Olympic career."

A less happy memory for Evans was being in a building a few days later being interviewed by German television channel ARD when a bomb exploded nearby in Centennial Olympic Park.

The explosion very lightly shook the building and startled Evans.

"About 20 friends were with me at the interview, and we all ran out of there and out of the park linking hands, like a kindergarten class," Evans told the Chicago Tribune two days later.

"Seeing the people on the ground made me realise how lucky I was.

"If that bomb had been on the other side of the sound tower, some of the flying stuff probably would have broken the windows in front of me.

"The sound of that explosion is something I will never forget."

Evans failed to make much of an impact in the swimming pool at Atlanta 1996.

She didn't qualify for the final of the 400 metres freestyle - which she had won at Seoul 1988 and finished second at Barcelona 1992.

Evans was sixth in the 800m freestyle, failing to complete a hat-trick of gold medals in the event having won at Seoul 1988 and Barcelona 1992.

Both events were won by Ireland's Michelle Smith.

There were widespread doubts over Smith but Evans was criticised by many when she publicly questioned the sudden improvement of the Irishwoman.

Evans was vindicated in 1998, though, when Smith received a four-year ban for tampering with a urine sample.

Evans, Los Angeles 2024 vice-chair and director of athlete relations, will be joined at the athlete town hall meeting at the Omni Hotel and Suites by Los Angeles 2024 chairman Casey Wasserman.

It will be the sixth athlete town hall meeting staged around the United States by Los Angeles 2024.

More than 200 Olympians and Paralympians have attended them so far.