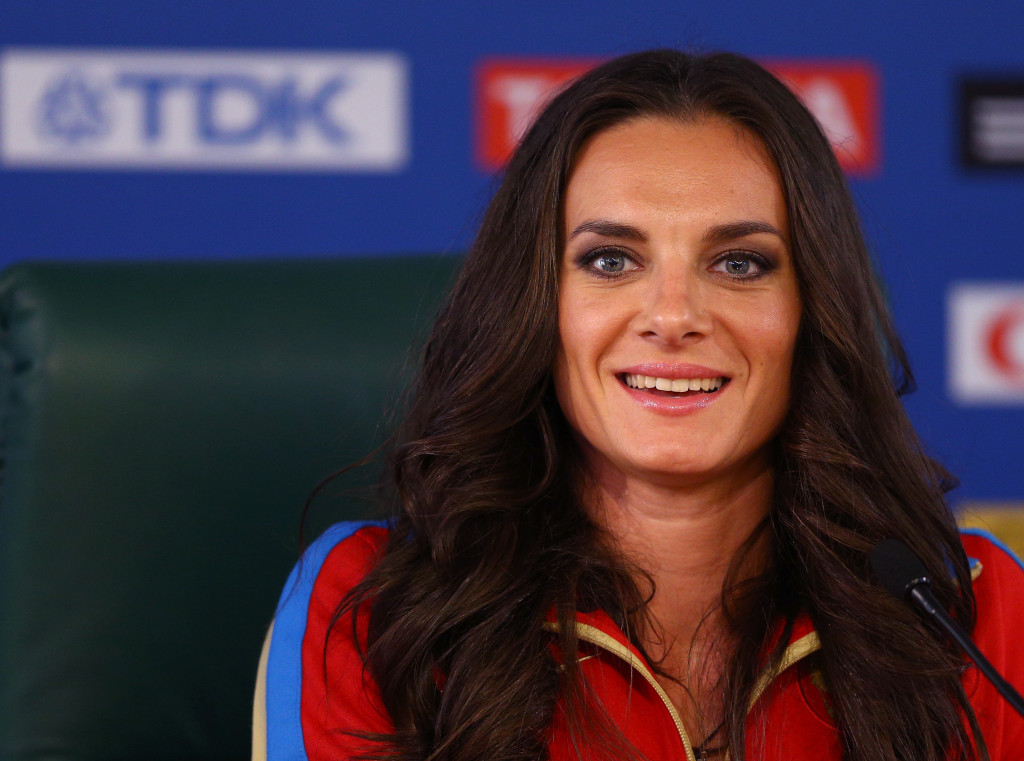 Yelena Isinbayeva officially confirmed tonight that she will stand to become the new President of the All-Russia Athletic Federation (ARAF) and her main target will be to get the country's ban from international competition lifted as soon as possible.

The two-time Olympic  pole vault champion and world record holder has been the most outspoken critic of the International Association of Athletics Federations (IAAF) decision to suspend Russia following allegations of state-supported doping.

"I think I can do it as my reputation makes it possible for me to take charge of the Federation," Isinbayeva told the official website of the ARAF, Russia's official news agency TASS reported.

"ARAF is to travel a thorny path to get back to the world athletics.

"And the fact that I has been stripped of a possibility to realise myself as an athlete at the 2016 Olympic Games will help me in the efforts to resume ARAF’s membership with the IAAF."

Isinbayeva and Sergei Shubenkov, the world 110 metres gold medallist, had last week appealed to the Swiss Federal Court against the decision of Court of Arbitration for Sport, who had refused to lift the IAAF ban, in a late attempt to be allowed to compete in the Olympic Games.

The appeal was rejected, however.

"I want our athletes to compete at international competitions," said Isinbayeva.

"It will be a big motivation for me and a kind of compensation for my lost possibility to compete at Rio to see Russian athletes in the sports elite again."

Isinbayeva is also standing for election to the International Olympic Committee Athletes' Commission and is due to travel here on Sunday (August 14) to campaign.

She will be allowed to stay in the Olympic Village, even though she is banned from competing.

The current President of the ARAF is Dmitry Shlyakhtin, elected in January on a temporary basis to replace Vadim Zelichenok.

Russian Sports Minister Vitaly Mutko has announced that an election to find a permanent replacement for Balakhnichev is due to take place next month.