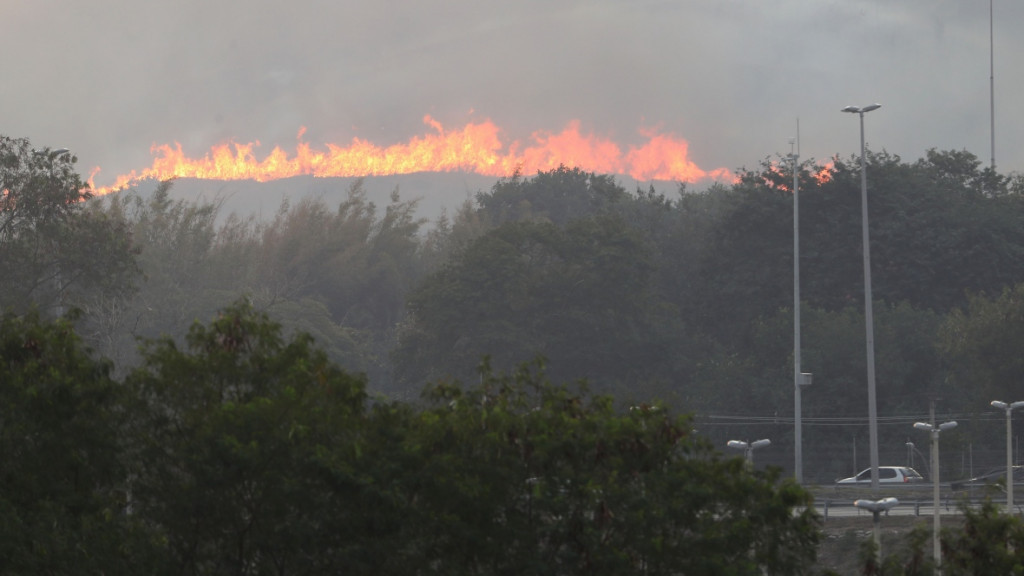 Inspections are set to be carried-out tomorrow to assess how much damage has been caused by a fire which broke out on the Olympic mountain bike course at Deodoro here today.

The fire, reportedly caused by high winds, caused training sessions to be cancelled and athletes to be evacuated from the venue.

There were no injuries reported but it remains unclear how much damage has been caused.

'"The UCI (International Cycling Union) is aware that there was a fire this afternoon in the vicinity of the Rio 2016 mountain bike course," a world governing body statement said

"It is understood the fire is now under control.

"Assessment of any potential impact on the mountain bike course will be made [Tuesday]."

Rio 2016 initially claimed they would not comment until tomorrow as they assessed the impact.

But they now claim the fire was started in a forest behind the nearby shooting venue.

Mountain Bike competition is due to begin on Saturday (August 20) at the X-Park at which canoe slalom and BMX cycling action is also taking place.

"During the firefighters work to contain it, the fire changed it's direction and doesn't represent any risk to the venue."

This marks the latest problem to plague the Games.

High winds and stormy conditions have also caused the destruction of a ramp at the Marina de Gloria sailing venue, as well as an open water swimming starting plinth at Fort Copacabana.

If repair work is required, an added problem concerns how Rio 2016 have been using contingency money saved for the Paralympic Games to address issues.

This has caused growing financial concerns ahead of next month's event.