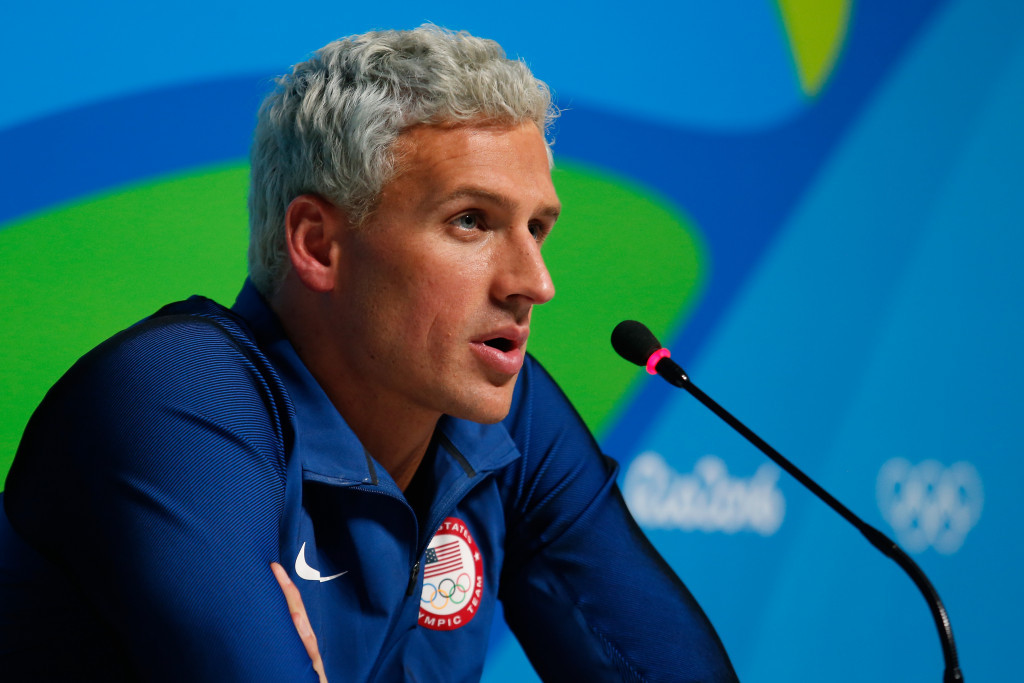 Ryan Lochte is one of four members of United States' swimming team to have been robbed at gunpoint by muggers posing as policemen early this morning, it has been confirmed.

Six-time Olympic champion Lochte was returning to the Athletes' Village in a taxi from a post competition night-out at the French Hospitality House close to Ipanema alongside team-mates Gunnar Bentz, Jack Conger and Jimmy Feigen.

Their taxi was stopped by individuals dressed as policeman.

One pointed a gun at the swimmers before taking their money and belongings.

"All four athletes are safe and cooperating with authorities."

It is thought only money and credit cards were stolen, with no Olympic medals taken.

All four had won gold medals as part of US relay teams.

Lochte, Bentz and Conger were all part of the 4x200 metres freestyle squad while Feigen participated in the 4x100m freestyle event.

It marks the latest worrying security incident after multiple mugging cases, many of which have involved guns.

Two bullets have also been fired into the equestrian venue at Deodoro, while a media bus came under attack - officially from stones although witnesses insist it was gunfire - when travelling back to the main Olympic hub here in Barra da Tijuca.

News of the latest incident filtered out in a particularly confusing way because it was denied and called "absolutely not true" by International Olympic Committee (IOC) Presidential spokesperson Mark Adams before he apologised and said he had been relying on communication from USOC.

"We got pulled over, in the taxi, and these guys came out with a badge, a police badge, no lights, no nothing just a police badge and they pulled us over," Lochte has since told NBC.

"I refused, I was like we didn't do anything wrong, so - I'm not getting down on the ground.

"And then the guy pulled out his gun, he cocked it, put it to my forehead and he said, 'Get down,' and I put my hands up,