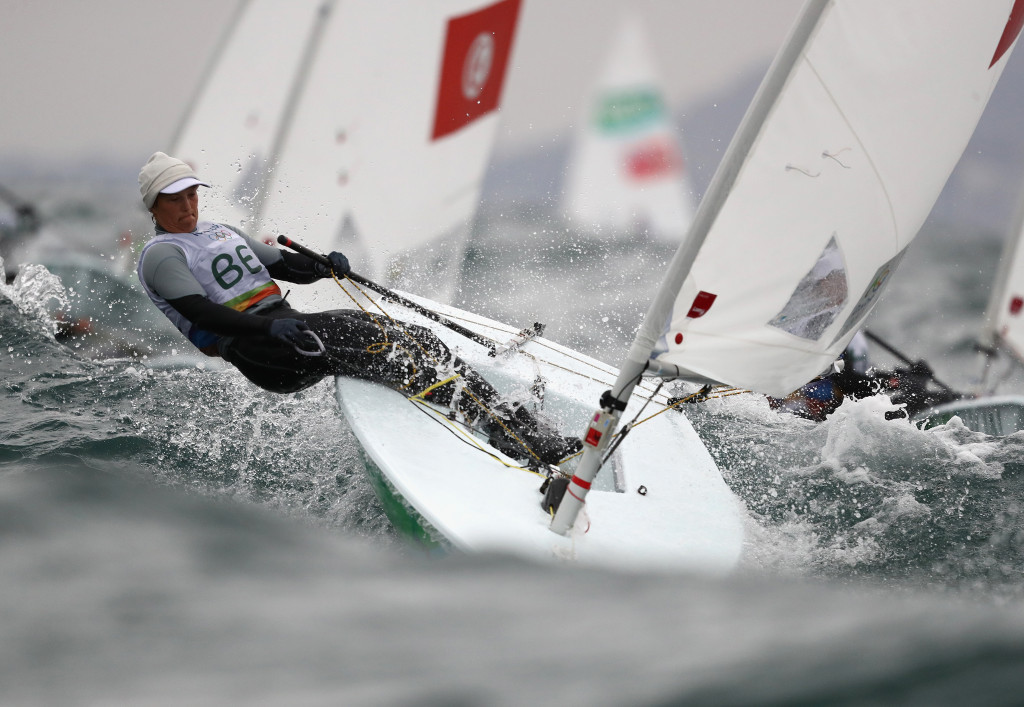 Van Acker, a laser radial bronze medallist at London 2012 and a leading medal contender heading into the regatta, lies in a disappointing 10th place after six races.

She reported feeling sick after placing 16th and 15th in yesterday's two races.

Her coach suggests this was most likely caused by a "severe intestinal infection" sustained while training on the Bay last month.

"It became clear yesterday that she lacked energy during tough conditions and she could not use full force for a top condition.

"The likelihood that she caught it here during contact with the water is very big.”

World Sailing claim this is an isolated incident and that she is the only athlete out of 380 to have reported feeling unwell.

"She completed her two races in physically demanding conditions yesterday and, following competition, was evaluated by our chief medical officer," a spokesperson told insidethegames.

"Our understanding is she was evaluated further last night by medical officials from the Belgian team."

"This appears to be an isolated case, as she is the only sailing athlete (among 380) who has reported feeling unwell."

Pollution levels on the Bay and in other water venues has been a huge concern heading into the Games.

Brazilian officials admit to having failed to meet their bid-time aim of reducing levels by 80 per cent, but insist the course on the Marina de Gloria is safe for athletes.

Rio 2016 communications director Maria Andrada gave a "100 per cent guarantee" that all athletes competing at Olympic water venues will be unaffected, despite fresh concerns over rising pollution levels.

There have been claims that viral levels are 1.7 million higher than normal standards in the United States or European and that just three teaspoons of water could be enough to produce debilitating viruses.

"The health and safety of the athletes and all Games participants is always the top priority for Rio 2016," an Organising Committee spokesman also told insidethegames today.

"Since the beginning of July the water at the venue in Guanabara Bay has been tested daily by the State Government and its quality has been assessed as a combination of test results and onsite inspections conducted by Rio 2016 also on a daily basis.

"As a result of a series of measures that include a new pipe belt in Marina da Gloria, the water quality has been consistently within the World Health Organisation standard for primary contact (even though sailing is classified as a secondary contact sport).

"The detailed results and analysis of these tests have been shared with athletes, team officials and the International Federation at the venue every day."

An International Olympic Committee spokeswoman added: "We are aware of one sailor that has complained of feeling unwell yesterday."

"World Sailing has informed us that this is an isolated case amongst the 380 sailors present for the Olympic regatta and that this is not uncommon given the number of athletes competing.

"The Belgian NOC has also announced that the athlete was not fully recovered from an infection contracted a few weeks ago."