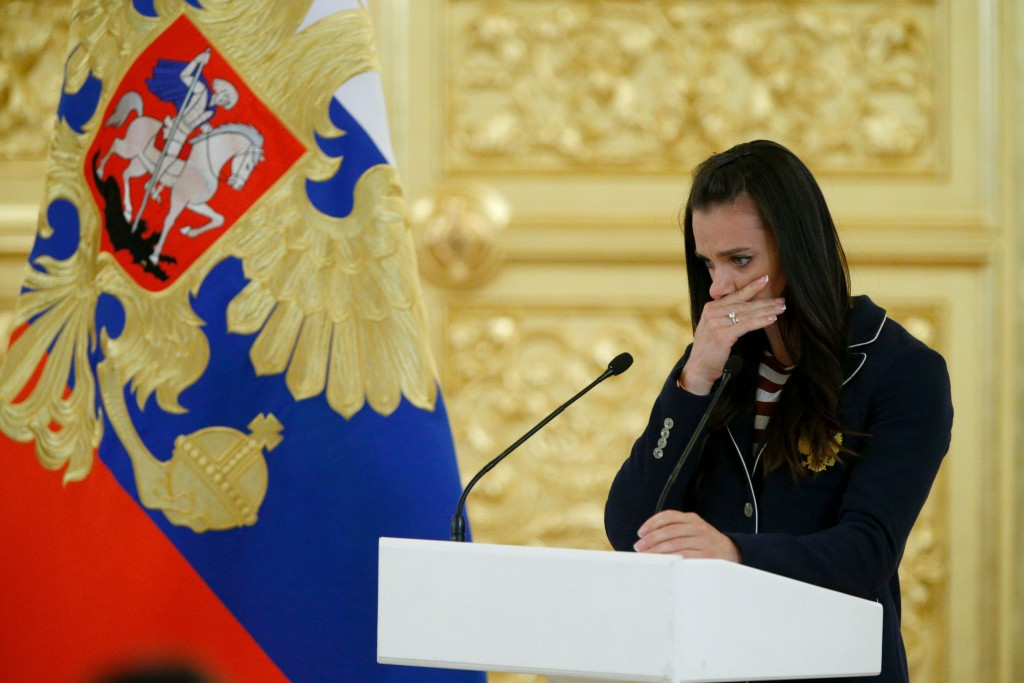 Two-time Olympic champion Yelena Isinbayeva has denied claims she was offered the chance to be Russia’s flagbearer at the Rio 2016 Opening Ceremony, despite not being able to compete at the Games due to the athletics team’s ban.

The pole vaulter has been one of the most outspoken critic of the International Association of Athletics Federations (IAAF) decision to ban Russian track and field athletes from international competition.

Isinbayeva, winner of gold medals at Athens 2004 and Beijing 2008, had attended the Court of Arbitration for Sport (CAS) hearing last week when 68 athletes and the Russian Olympic Committee (ROC) saw their appeal against the suspension rejected.

She described the CAS ruling as a "funeral for athletics", and claims she has considered retirement following the ruling.

The Russian also believes it has left her campaign to join the International Olympic Committee (IOC) Athletes' Commission in ruins.

The 34-year-old has now denied claims that she was offered the chance to be the country’s flagbearer, having attended the Russian Olympic team’s official send off at the Kremlin yesterday.

“Dear friends, we should clarify one very important thing," Isinbayeva wrote on Instagram.

“Flagbearer at the Olympics in Rio has already been decided, it is a great athlete, Olympic volleyball champion, Sergey Tetyukhin.

“Yesterday at a reception with the President he acted with dignity and promised to fight for the victory in Rio.”

Her post has contradicted the claims made by her coach Yevgeny Trofimov, who told the Russian news agency TASS that “I talked to Lena last night, she was offered to be a flagbearer of our team, but, you know, it will be hard for her to do this and then watch others compete from aside".

A total of 105 Russian athletes have so far been banned from the Olympics in the Brazilian city, with the vast majority coming as a result of the IAAF’s blanket ban.

The remainder follows the IOC Executive Board decision to let International Federations decide which Russian athletes are able to compete at Rio 2016.

Their decision came after allegations of state-sponsored doping revealed in the explosive McLaren Report, which led to the World Anti-Doping Agency and 14 National Anti-Doping Organisations recommending a complete ban in all sports.

Each International Federation were instead asked to "carry out an individual analysis of each athlete’s anti-doping record, taking into account only reliable adequate international tests, and the specificities of the athlete’s sport and its rules".

Alexander Zhukov, ROC President, has dismissed allegations against Russia and claims their team will be the cleanest at the Olympics.

"I can say only one thing: we have never had any state programmes for doping support," he told TASS.

“We have zero tolerance to doping, Russia’s team is the cleanest one at Rio.

“You know, we have set up a special anti-doping commission.

“Its key tasks are to analyse and identify causes linked with doping, we cooperate with the McLaren commission on all issues, without fail.”