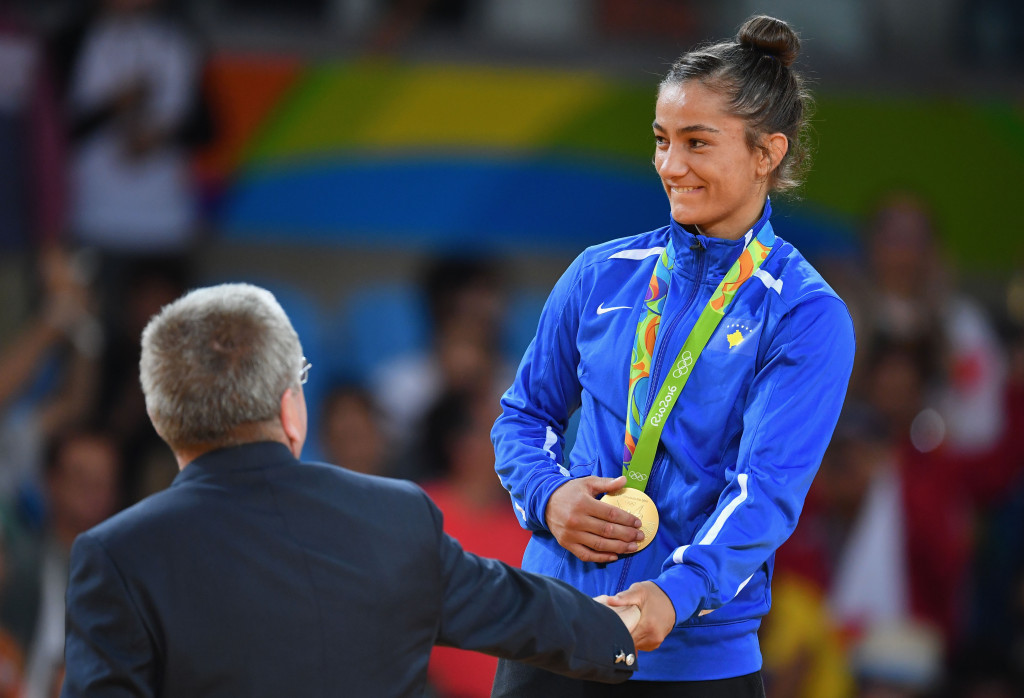 Kosovo's historic Olympic gold medal is not in danger after the International Judo Federation (IJF) backed Majlinda Kelmendi following allegations she refused an out-of-competition drugs test in France in June.

Kelmendi, winner of the under 52 kilograms title,will not face any disciplinary action from the world governing body after it emerged she did not submit to the test in St Cyprien at a training camp on June 16.

She claimed it was because of doubts over the credentials of the official from the French Anti-Doping Agency (AFLD).

“A control was done in June in France," the IJF said in a statement sent to insidethegames.

"The procedure is contested by the athlete and her coach and looks questionable at the level of the IJF.

"If sanction would be given, it would only apply on the French territory."

Kelmendi, who carried Kosovo's during the Opening Ceremony of Rio 2016 last Friday (August 5), was hailed as a hero after her victory over Italy's Odette Giuffrida yesterday.

She was presented with her gold medal by International Olympic Committee President Thomas Bach.

Agron Kuka, the judo team leader for Kosovo at Rio 2016, confirmed that Kelmendi had refused to submit to the test.

"The team was in the training camp in France and some person came and asked to do the doping control," Kuka told The Guardian.

"But the person involved, she didn’t have any authorisation from WADA (the World Anti Doping Agency) or anyone.

"And that’s the end of the story.

"Then afterwards [the French] made a complaint somewhere and were trying to take the case to court or something.

"The Kosovan team were in discussion with the IJF the whole time because they are not going to go and give the blood or the urine to somebody who is not responsible.

"That is the end of the story, it’s nothing else.

"I don’t know the reason why they are making a big deal out of it.

insidethegames has contacted WADA, the AFLD and the Kosovan Olympic Committee for comment.