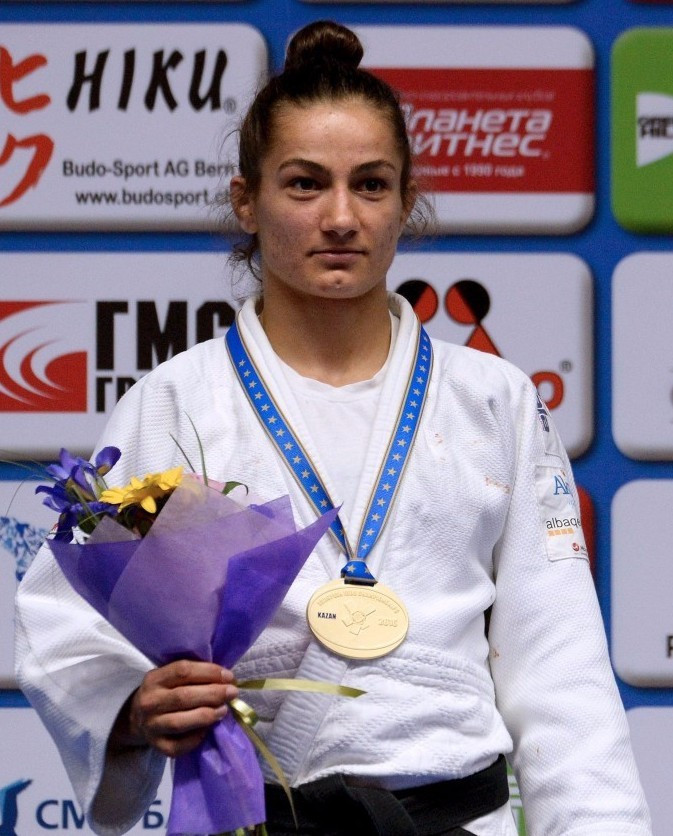 Kosovo's Majlinda Kelmendi beat France’s Priscilla Gneto to regain her women’s under 52 kilograms title in the European Judo Championships at the Tatneft Arena in Kazan today.

Having started with two victories against Ukraine’s Oleksandra Starkova and Israel’s Roni Schwartz and then defeated another Frenchwoman, Annabelle Euranie, in the semi-finals, the two-time world champion overcame Olympic bronze medallist Gneto by ippon to reclaim the crown she won in 2014.

Kelmendi had only been allowed to compete under the Kosovan flag following the intervention of International Judo Federation (IJF) President Marius Vizer.

Russia does not recognise Kosovo and wanted them to compete under the banner of the IJF.

Delicate negotiations on the eve of the event, however, saw the situation resolved.

Another medal came Kosovo’s way in the women’s under 57kg category as Nora Gjakova took the bronze medal, along with Israel’s Timna Nelson-Levy.

The winner of the gold medal was France’s Olympic bronze medallist Automne Pavia, who got the better of Bulgaria’s Ivelina Ilieva in the final.

The 2015 European junior champion becomes the fifth French judoka to win the title in the weight class and the first since Sofiane Milous in 2010.

Italy’s Elios Manzi breezed past Georgia’s Amiran Papinashvili to take one of the two bronze medals and was joined on the third step of the podium by Armenia’s Hovhannes Davtyan, who beat Turkey’s Bekir Ozlu.

It capped off an extremely impressive performance from the Tbilisi Grand Prix winner, who also beat number one seed Dzmitry Shershan of Belarus in the semi-finals and under 60kg Olympic champion Arsen Galstyan of Russia in the quarter finals.

Italy’s Fabio Basile won bronze at the expense of Shershan, while Galstyan ended the medal hopes of Slovenia’s Adrian Gomboc to the delight of the home crowd.

Top honours in the women’s under 48kg went the way of defending champion Charline Van Snick of Belgium.