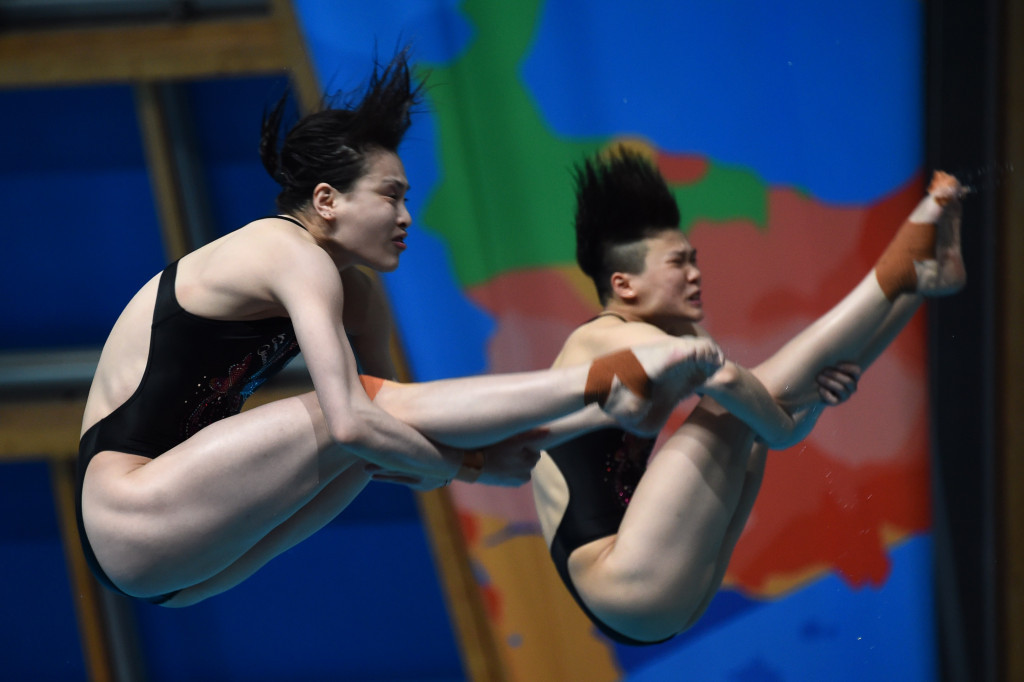 China, winner of the eight diving gold medals on offer at the 2012 Olympics in London, is aiming to maintain its dominance in the Rio 2016 competition due to get underway in the Maria Lenk Aquatics Centre tomorrow as it provides potential winners in all eight events.

The gold rush could start with the first of the finals, the synchronised 3 metre springboard event, in which Wu Minxia is targeting a record-breaking fourth consecutive gold in that discipline.

Qiu Bo comes to Rio 2016 with three consecutive world titles to his credit in the men’s 10m platform and he will seek to reverse the tables on David Boudia of the United States, who beat him to the gold in London 2012 by just 1.8 points.

The 10m platform also features strong competition in the form of Britain’s London 2012 bronze medallist and 2016 European champion Tom Daley, as well as Russia’s Viktor Minibaev, who missed the podium by one place four years ago.

But she could have strong competition from another talented young diver, Kim Kuk Hyang of South Korea, winner of a gold medal on her international debut at last year’s World Championships.

Daley’s British team-mate Jack Laugher, who made the podium in the individual and synchronised 3m springboard events at last year’s World Championships, will seek to profit from any mistakes made by China’s current individual springboard world champion He Chao and Cao Yuan, who switched to springboard two years ago after winning the London 2012 men’s synchronised platform event.

The London 2012 3m springboard champion, Russia's Ilya Zakharov, will be defending his title.

Wu will seek to repeat the London 2012 win she achieved with partner He Zi in the opening synchronised 3m springboard final.

If Wu is victorious, she will surpass her compatriot Guo Jingjing in the record books.

Four years ago she also won the individual 3m event, but this time she is concentrating all her energies on extending her synchronised run.

Eight teams will contest for medals in the event, with China, Canada and Italy the leading contenders.

Jennifer Abel and Pamela Ware will try to improve on Canada’s bronze medal from London 2012 and their chances will have been boosted by consistent performances at the last two World Championships, where they have also reached the podium.

After finishing just off the podium, in fourth place, at London 2012, Italy's star diver Tania Cagnotto, teamed with the experienced Francesca Dellape, will seek to go at least one better at her fifth Olympic Games and add to the medal collection her father-turned-coach Giorgio amassed during his three Olympic campaigns.

The Italian chances are improved by the absence of America's 2012 silver medallists Kelci Bryant and Abigail Johnston from the event.