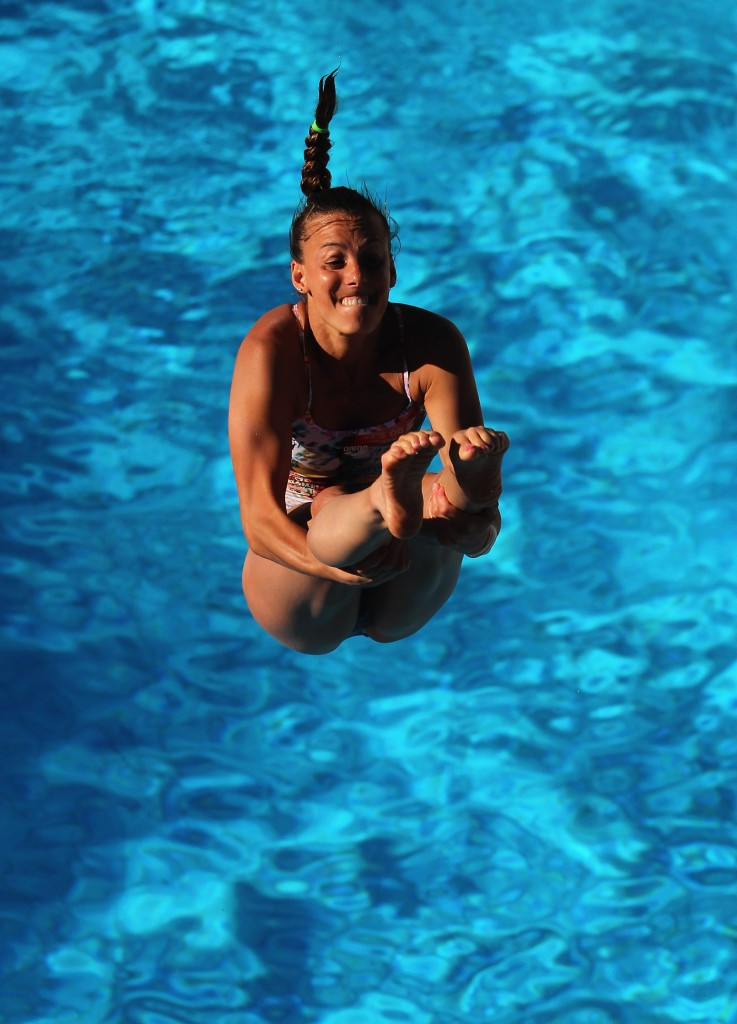 The 31-year-old Italian, who has won ten world medals in all including her only gold in Kazan last year, won the 3m springboard title with a total score of 355.60.

That was enough for the 20-time European champion to top the podium ahead of China's Xu Zhihuan who managed 332.05 and Anastasia Medobiga of Ukraine who totalled 317.30.

Another home medal went to Cagnotto and her 3m synchro partner Francesca Dallape who scored 298.92 for gold.

China's Miya Suo claimed silver with 312.20 as Canada's Celina Toth collected bronze with a score of 308.40.

Nana Sasaki and Matsuri Arai won the 10m synchro crown with a score of 293.16, edging Americans Delaney Schell and Tarrin Gilliand who tallied 291.24.

There were two Chinese gold medals in men's competition, with Yang Hao's 506.30 enough to secure the 10m platform honours.

France's Benjamin Auffret totalled 447.20 for silver with Xu Zewei ensuring another Chinese diver would stand on the podium with 428.50.

Yang was also part of the second Chinese gold as he teamed up with Xu to take the 10m synchro title on 390.69.

This was well ahead of second-placed Germans Patrick Hausding and Martin Wolfram who totalled 364.98 and bronze medallists Zachary Cooper and Maxwell Flory of the United States who ended on 335.70.

In the 3m synchro, Hausding teamed up with Stephan Feck for German gold on 417.06.

China took silver thanks to Bowen Huang and Li Linwei's 384.39 as Italy took a home bronze courtesy of Giovanni Tocci and Andrea Chiarabini's 364.23.

In mixed competition, there was US gold from 10m as Cooper teamed up with Tarrin Gilliland to win in 294.60.

Italy's Noemi Batki and Maicol Verzotto won silver with 227.80 as Ukraine took bronze thanks to Yevhen Naumenko and Valeriia Liulko's 246.54.

Italy won another medal as Elena Bertocchi and Lorenzo Marsaglia claimed second spot on the podium with 249.63.

Flory and Schultz Brooke won American bronze with a score of 246.93.