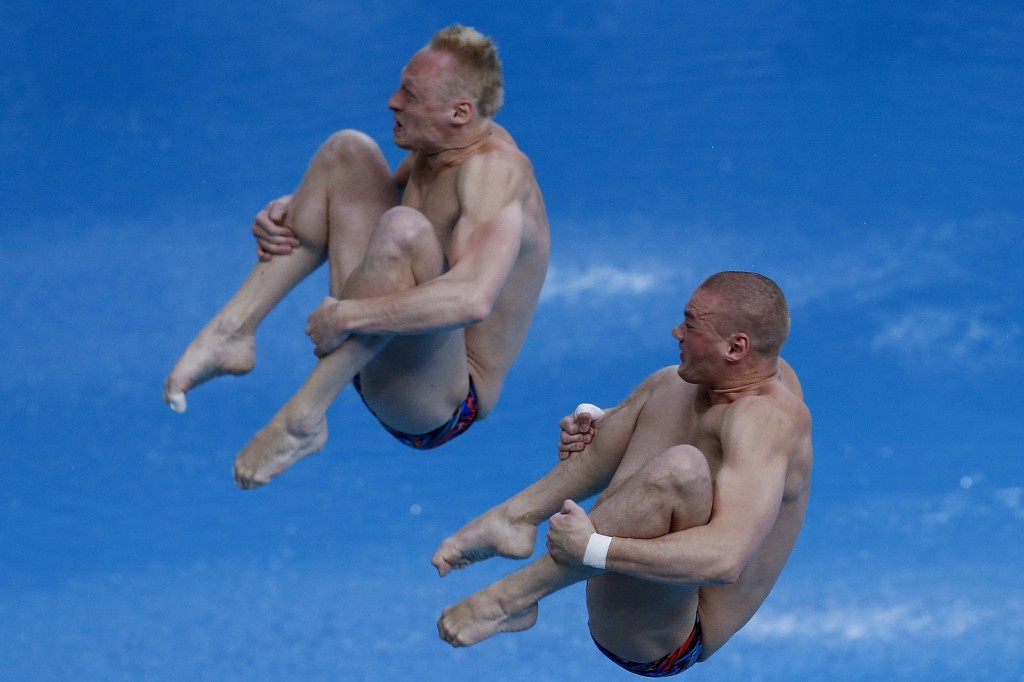 Russia’s Ilya Zakharov and Evgeny Kuznetsov delighted the home crowd at the fourth leg of the International Swimming Federation (FINA) Diving World Series in Kazan after claiming the men’s 3 metres synchro springboard title on an opening day dominated by China.

The Russian pair missed their fifth dive but a total of 437.76 points proved enough to take the gold medal in the only event where China were not represented at the Kazan Aquatics Palace.

"We trained hard, but every time something went wrong at the other competitions," said Kuznetsov.

"Now we showed a high level and we’ll try to keep on moving."

Referring to China’s absence, Zakharov added: "If they were competing here, we would have had to focus more on our fifth dive."

China won all three of the day’s other finals as they continued to demonstrate superiority over their rivals.

Chen Ruolin and Liu Huixia remained consistent throughout their five dives to capture the women’s 10m synchro platform title with a total of 340.50 points.

In the equivalent men’s event, China’s Lin Yue and Chen Aisen took the lead from the outset and finished with two high-scoring dives to post a winning total of 485.67 points.

Gorshkovozov and Ukrainian team-mate Maksym Dolgov recovered from a shaky start to claim silver with 450.87 points, and they were followed onto the podium by Britain’s Daniel Goodfellow and Tom Daley, third with 442.59.

In the evening, China’s He Zi and Wang Han emerged victorious in the women’s 3m synchro springboard with 329.40 points.

Action in Kazan is due to continue tomorrow.