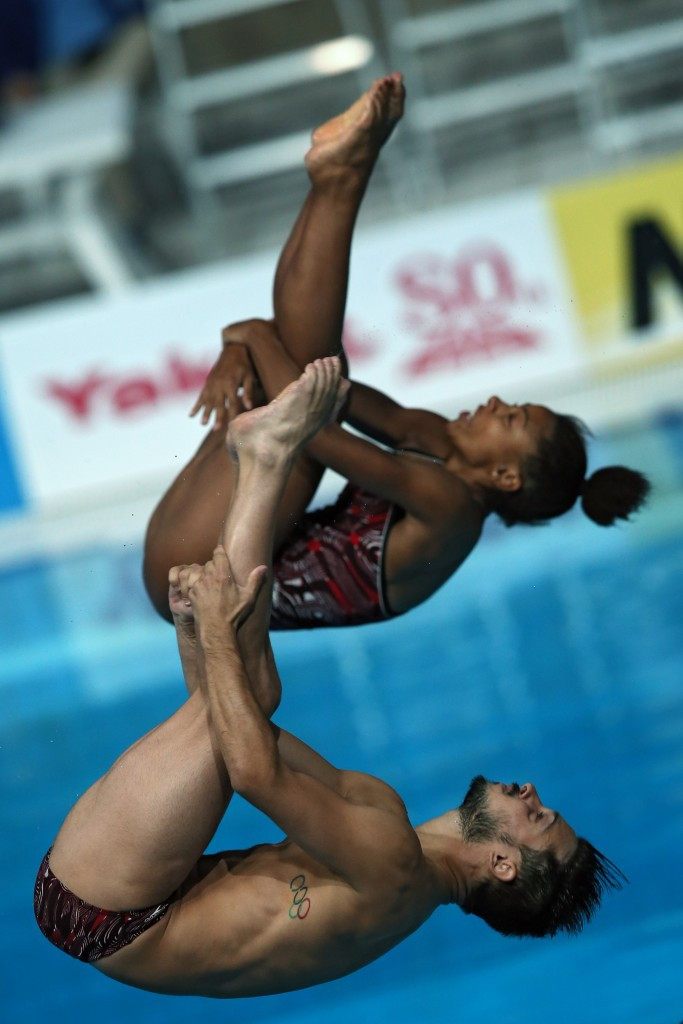 China's remarkable run at the International Swimming Federation (FINA) Diving World Series was finally ended as hosts Canada became the only other country to claim gold this season at the 30th attempt in Windsor.

After 29 Chinese final victories in the three legs of the Series so far, Canadian pair Jennifer Abel and François Imbeau-Dulac provided their home fans with something to cheer in the non-Olympic mixed three metre springboard synchro.

It was the last final to be contested in Windsor and Chinese pair Wang Han and Yang Hao looked set to keep their country's run going as they led until the last round.

Abel and Imbeau-Dulac, however, had other ideas as they performed a difficult DD 3.4 combination, with the Chinese opting for a DD 3.0.

Mexico's Dolores Hernandez and Jahir Ocampo, competing under the FINA flag due to their country's suspension, claimed bronze with 313.65.

“We’re very happy because today was our best performance ever, we set a new personal best," said Abel.

“Obviously it feels good to be winning at home, in front of a friendly crowd."

Imbeau-Dulac added: "I think Jennifer and I can be very proud.

"The degree of difficulty of our last dive was higher than the Chinese one, so we knew that if we nailed that dive, we had a shot at the podium."

The reigning world champion scored 590.15 after receiving five perfect 10s in his programme.

In the women's 3m springboard, He Zi took gold with 401.55 as compatriot and world champion Shi Tingmao claimed silver with 394.05.

Abel won bronze with a score of 386.55 before her synchro heroics.