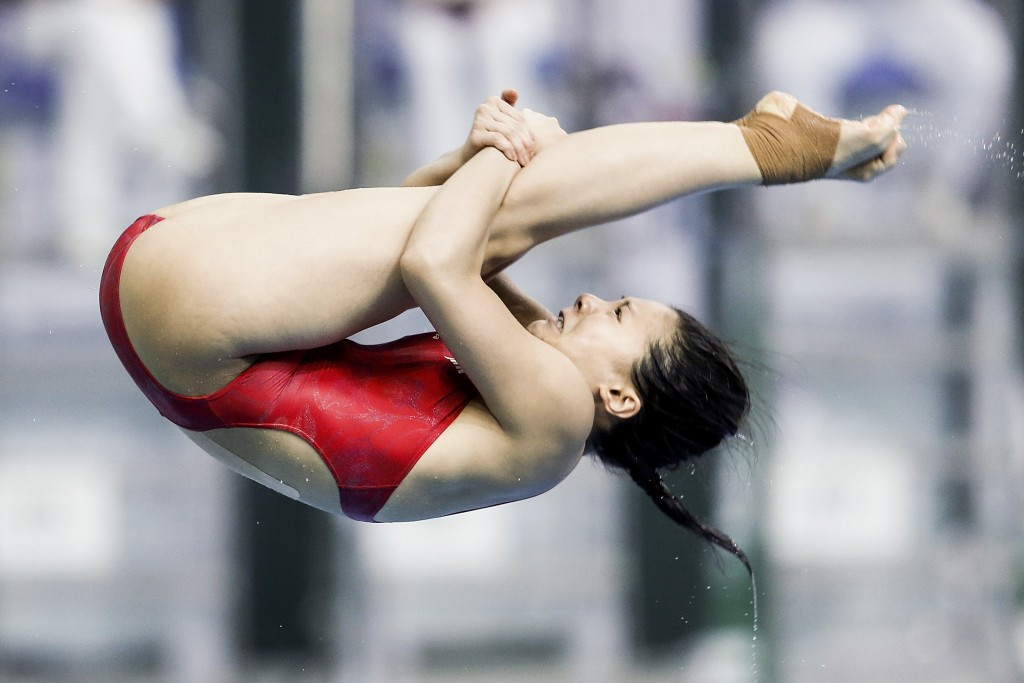 China claimed another hat-trick of gold medals on the final day of the International Swimming Federation (FINA) Diving World Series event in Kazan, taking their overall tally to nine.

He Zi scored a total of 388.20 points to win the women’s 3 metres springboard title at the Kazan Aquatics Palace, finishing 26 points ahead of Italy’s Tania Cagnotto in second.

Australia’s Maddison Keeney placed third with 352.15 points to finally climb on the podium after finishing fourth in Dubai and Windsor, the two previous legs of the 2016 series.

"I’m pleased with my performance in Kazan," said He, who also triumphed in the women’s 3m synchro springboard on Friday (April 22).

"I’ve got two gold medals as I planned - in synchro and individual event."

China’s Shi Tingmao, who alternated top spot with He at the beginning, missed her fourth attempt and the podium as well.

She still topped the overall rankings with victories in Beijing and Dubai, silver in Windsor and fourth place in Kazan.

Mexico’s Dolores Hernandez and Jahir Ocampo, competing under the FINA flag due to the ongoing suspension of their country’s national governing body, placed second with 327.06 points.

Canada’s Jennifer Abel and Francois Imbeau-Dulac were the bronze medallists with 321.36 points.

China swept nine out of 10 gold medals during the three days of competition in Kazan, where 75 divers from 12 countries competed.

The other gold went to Russia thanks to success for Ilya Zakharov and Evgeny Kuznetsov in the men’s 3m synchro springboard.

This only occurred because the country did nott take part in the event at the closing leg in Kazan.