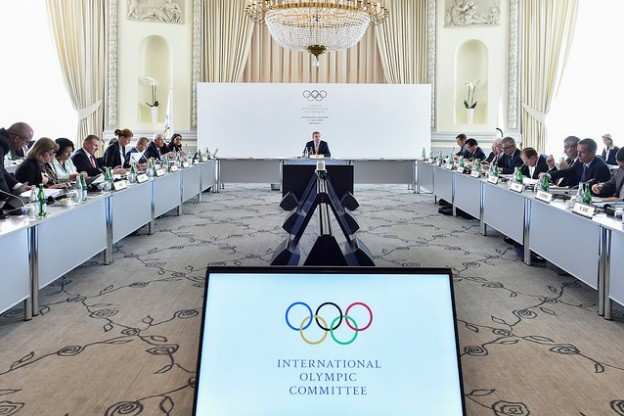 International Olympic Committee (IOC) Executive Board member Patrick Hickey insists the International Federations (IFs) will “pull out all the stops” in assessing whether Russian athletes can compete at Rio 2016 amid a backlash of criticism towards the organisation for their decision not to impose a blanket ban on the country.

Hickey, who is also the President of the European Olympic Committees, told insidethegames he was “very happy” with the stance taken by the ruling Executive Board today.

But another IOC member told insidethegames they were “very disappointed” by the decision, accusing the body of showing “no real leadership”.

The International Tennis Federation (ITF) has already cleared seven Russian athletes for next month’s Games in the Brazilian city pending confirmation from the World Anti-Doping Agency (WADA) that they were not implicated in Richard McLaren’s report, which alleged the presence of a state-sponsored doping scheme at Sochi 2014 and several other major international events.

“The ITF believes that this is sufficient for the seven Russian tennis players to meet the relevant requirement of today’s decision of the IOC Executive Board,” a statement read.

“The ITF believes it is right that clean athletes are permitted to compete in Rio 2016 and looks forward to welcoming the Russian tennis players, along with all other nominated athletes, to Rio.”

Travis Tygart, the chief executive of the United States Anti-Doping Agency (USADA), was one of the leading critics in the wake of the Executive Board’s decision, launching a scathing attack on the IOC, claiming they had “refused to take decisive leadership”.

The USADA was one of a number of anti-doping agencies across the world to sign a letter addressed to the IOC ahead of the release of McLaren’s report, calling for the organisation to completely ban Russia from the Games.

“The decision regarding Russian participation and the confusing mess left in its wake is a significant blow to the rights of clean athletes,” Tygart said.

“The IOC has stated before that they believe anti-doping should be wholly independent, and that is in part why it is so frustrating that in this incredibly important moment, they would pass the baton to Sports Federations who may lack the adequate expertise or collective will to appropriately address the situation within the short window prior to the Games.

“The conflict of interest is glaring.”

New Zealand's anti-doping authority, Drugfree Sport NZ, has also hit out at the IOC, lambasting the body for "failing to show adequate leadership in protecting the integrity of sport".

"The decision of the IOC to not take matters into their own hands but pass on the hot potato to International Federations shows a lack of will to back the core principles of their organisation with hard decisions," chief executive Graeme Steel said.

Following a second emergency meeting today, the IOC stopped short of a complete ban on Russia, which is still reeling from the damning findings released in McLaren’s report.

The decision of the Executive Board instead controversially left the fate of Russian athletes who wish to represent their country at the hands of the IFs.

They will be cleared to compete as long as they can show they have fulfilled a set of stringent criteria.

Hickey and the EOC have come out in favour of the Executive Board’s ruling, saying they “completely support” the decision made.

“What I am very happy about is that the Russian athletes will be competing under their own flag not a neutral flag,” the Irishman told insidethegames.

The Association of National Olympic Committees (ANOC) have also confirmed their support for the IOC.

"The allegations made in the McLaren Report were shocking and directly threaten the integrity of sport but banning the entire Russian team would have unfairly punished many clean athletes," ANOC President Sheikh Ahmad Al-Fahad Al-Sabah said.

"ANOC commends the IOC for favouring individual justice over collective responsibility and giving International Federations responsibility to ensure clean competitions in their sports at Rio 2016.

"ANOC will continue to work under the leadership of the IOC to support all its NOCs and their athletes."

A number of IFs declined to comment when contacted by insidethegames, while others are expected to announce their position on the matter tomorrow.

insidethegames understands the World Rowing Federation will hold an Executive Committee meeting tomorrow afternoon via teleconference before they reveal their first indications.