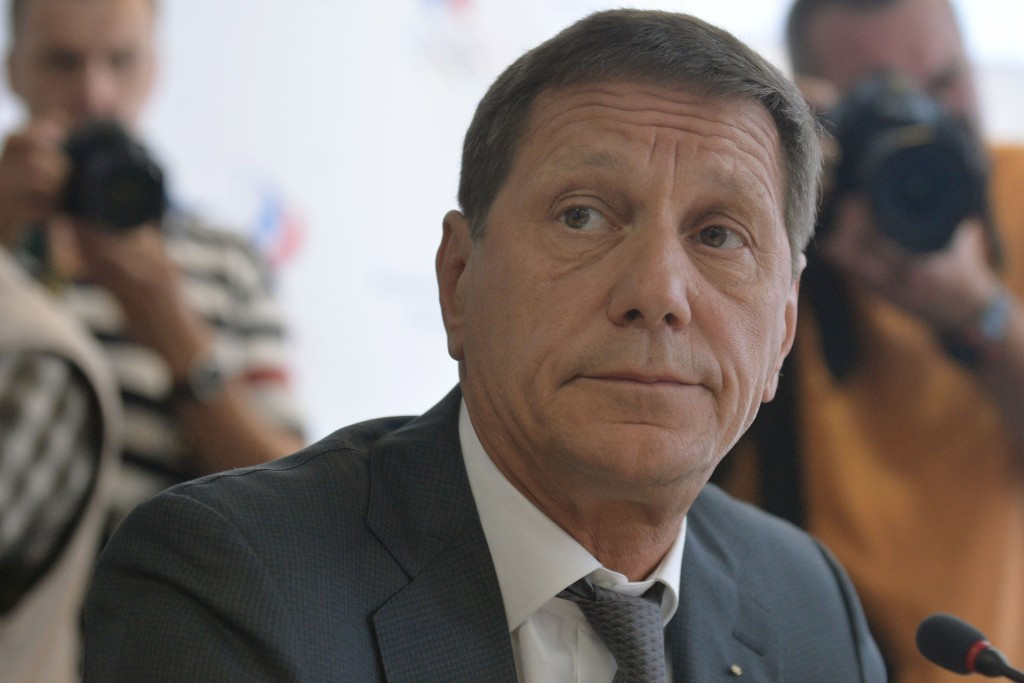 Russian Olympic Committee (ROC) President Alexander Zhukov has been invited to take part in a meeting of the International Olympic Committee (IOC) tomorrow when it will be decided whether to enforce a complete Rio 2016 ban on the country due to widespread doping offences.

The IOC said they were "exploring legal options" for complete exclusion after the McLaren Report.

"We hope that the IOC will make a decision that would suit all of us," honorary IOC member Vitaly Smirnov told TASS.

"Zhukov has been invited to the IOC Executive Committee’s session."

British IOC member Adam Pengilly has said Russia should be banned from Rio 2016, claiming the country must be punished over its ongoing doping crisis.

"The scale, co-ordination and leadership of a doping system like this is arguably the most heinous crime possible against the Olympic Movement," the former skeleton racer told BBC Sport.

"So, somewhat reluctantly, I am led to one conclusion: exclusion from Rio."

The two-time Olympian, who is a member of the IOC's Athletes' Commission and one of four British IOC members, added: "I say reluctantly because there are very probably clean Russian athletes, and they will suffer, and this is nothing short of terrible.

"It's an incredibly tough decision.

"There's no fair outcome for everyone."

A key reason for the suspension proceedings being opened, according to the IPC, was that the Russian National Paralympic Committee (NPC) appears "unable or unwilling to ensure compliance with and the enforcement of the IPC’s Anti-Doping Code", which the organisation claimed was vital to ensuring that athletes are able to compete on a level playing field.

McLaren’s report into alleged state-sponsored doping during Sochi 2014, as well as in competitions in summer sports, claimed that 35 disappearing positive samples from the Moscow Laboratory had involved athletes at the Paralympic Games.

"However, Russia is an important sporting nation - we want and need them fully involved in the future, but only when they can do it cleanly.

"Therefore, I firmly believe that we should offer support and assistance to the Russian Federation so they can escape from this ugly culture and cycle.

"This support should be on how to change culture and create effective sporting programmes to win cleanly, which I still believe is absolutely possible, as well as support to establish an effective anti-doping programme."

Vladimir Putin, the current President of Russia, has suggested that the ROC establish an independent anti-doping commission.

According to Smirnov, the issue of setting one up has been included on the agenda of the ROC.

"The ROC Executive Board will gather for a session soon," he said.

"I am sure that this proposal will be supported by all members [of the Executive Board]."