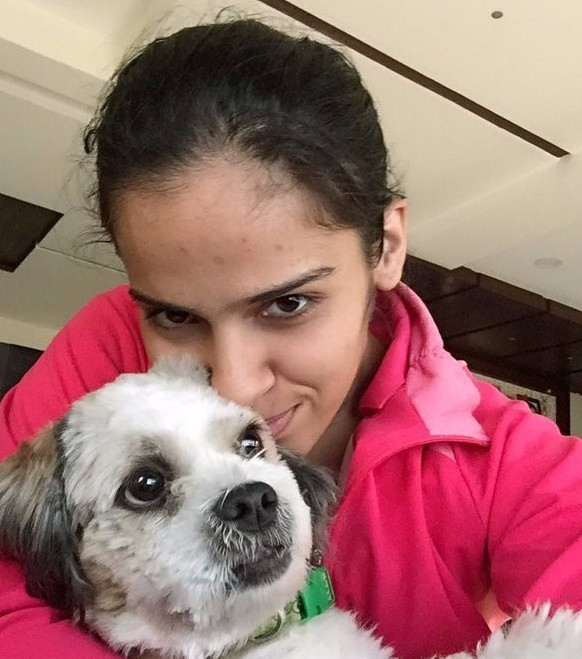 There is a crowded field of 24 contenders for the four slots on the International Olympic Committee (IOC)’s Athletes’ Commission that will become available next summer, yet if success on Twitter determined the outcome, one candidate would win by a landslide.

Saina Nehwal, the 25-year-old Indian badminton player, has more Twitter followers – 1.17 million - than all her 23 rivals added together.

The London 2012 Olympic bronze medallist has amassed this following in less than three years on the social media network.

Copious photos look to be part of her successful formula: recent contributions have included images of the athlete holding a) a small white dog called Chopsy and b) a double Oreo shake.

While it is, of course, preposterous to suggest that social media prowess should have a direct bearing on the results of next summer’s election, such skills are an increasingly useful addition to any IOC member’s repertoire as a means, primarily, of grabbing the attention of young people on whom the international sports movement’s future depends.

Nehwal is joined in the Top Four of current Athletes’ Commission candidate Tweeters by:

● Luis Scola, a Toronto-based Argentinean basketball player who has 409,000 followers;

● Koji Murofushi, the Tokyo 2020 sports director and former hammer-thrower who initially topped the Athletes’ Commission ballot conducted during London 2012 only to find himself disqualified controversially for alleged breaches of exceptionally strict rules governing campaigning,  71,300; and

● Yelena Isinbaeva, the Russian pole vaulter who is already a double Olympic gold medallist, but who faces the possibility of missing competing at Rio 2016 following Russia’s recent suspension by the International Association of Athletics Federations, who has 20,900.

In fifth place with 8,953 followers is New Zealand’s Sarah Walker, a cyclist who was the women’s BMX silver medallist at London 2012.

The full table ranking 2016 Athletes’ Commission candidates is as follows:

* These athletes’ accounts are not currently verified with Twitter’s blue tick. Table compiled on December 25, 2015.

It is worth pointing out that Benjamin Boukpeti, a kayaker who at Beijing 2008 became the first athlete from Togo to win an Olympic medal, only joined Twitter on December 15.

To put these numbers in some sort of context, Claudia Bokel, the German fencer who currently chairs the Athletes’ Commission, has 2,749 Twitter followers, while Angela Ruggiero, the United States ice hockey stalwart who is vice chair, has 253,000.

Four seats on the Commission are due to become available next year, with current members Bokel, Dae Sung Moon from South Korea,

New Zealand’s Barbara Kendall is also stepping down having completed her second spell as an IOC member.

All athletes participating at Rio 2016 will be eligible to vote.

Two candidates - Alessandra Sensini, a multi-Olympic medal winning sailor from Italy, and Daniel Gyurta, the London 2012 200 metres breaststroke champion from Hungary - are from countries with cities bidding to host the 2024 Olympic and Paralympic Games.

Their election as IOC members would hence be particularly well-timed, at a moment when their respective nations are likely to be looking to maximise their influence in Olympic circles.