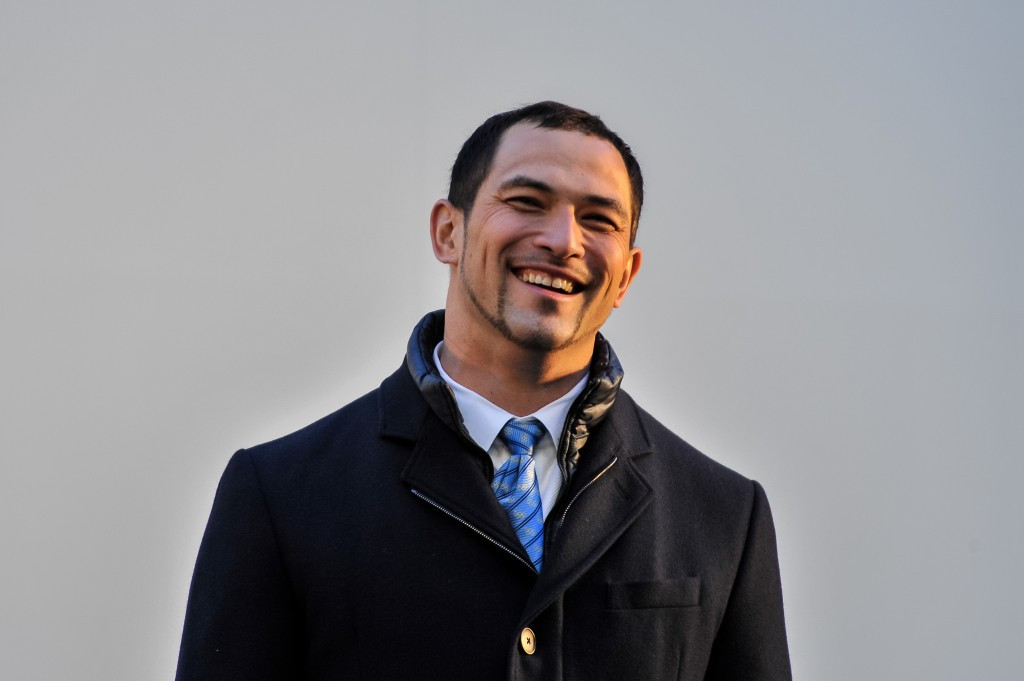 Japan's Koji Murofushi is hoping to make it third time lucky and be elected onto the International Olympic Committee (IOC) Athletes' Commission following his controversial disqualification from the 2012 race, as the process to choose four new representatives and a raft of other IOC members begins.

Murofushi, the Athens 2004 Olympic hammer champion who won bronze in London before announcing his retirement, stood unsuccessfully in 2008 before initially topping the ballot conducted during the London Games four years later.

But he was disqualified by the IOC soon after for breaching strict rules governing campaigning during the election, allegedly giving gifts, putting up posters and campaigning in the athletes' dining hall.

An appeal to the Court of Arbitration for Sport proved unsuccessful in overturning the verdict, but ruled he was the victim of an "overzealous" National Olympic Committee and was not to blame for his ban.

It added that Murofushi's reputation and integrity as a sportsman "remain completely untarnished".

The 41-year-old, who also won gold at the 2011 World Championships in Daegu, has since become a key cog within the Tokyo 2020 Organising Committee, being appointed sports director in June 2014.

In August, he was elected as one of six representatives of the International Association of Athletics Federations Athletes' Commission while he last month became the Asian representative on the Asociation of National Olympic Committees athletes' body.

He has been approved by the Japanese Olympic Committee as their candidate once again and was submitted to the IOC before their deadline of September 15.

Six athletes will finish their terms of office during next summer's Games in Rio de Janeiro: including current chair and IOC Executive Board member Claudia Bokel and South Korea's Dae Sung Moon, who is still supposedly under investigation by the IOC Ethics Commission for plagiarising his doctoral thesis.

Also departing will be Cuba's Yumilka Luaces, Russia's Alexander Popov and New Zealand's Barbara Kendall as well as Guatemala's Pedro Yang, one of three nominated members on the panel who is not also a member of the IOC.

Four athletes will be elected and two nominated in Rio, the IOC have confirmed to insidethegames.

His English skills and interview performance was the basis for his selection, as well as his past Olympic record.

The 15 full members of the Commission are all elected for eight-year terms, with the most recent additions being Norwegian biathlete Ole Einar Bjoerndalen and Canadian ice hockey player Hayley Wickenheiser at Sochi 2014.

Bjoerndalen has missed both IOC Sessions since his election, and has been given special dispensation by IOC President Thomas Bach to be excused from his IOC duties and to focus on the final year of his sporting career, after which he is expected to make himself "fully available".

The full list of athletes standing this time around is not due to be announced until they have been confirmed by the IOC Executive Board, so not before the next meeting in Lausanne scheduled for December 8 to 10.

A vote will then take place by athletes during the Games in Rio, with the winners presented during the Closing Ceremony.

Meanwhile, a raft of other new IOC members are also set to be elected next year, with there currently being a total of just 100 members, well short of the upper limit of 115.

There is no obligation to reach that limit, but, with many others soon to reach the mandatory age limits and few additions having been made since Bach assumed the Presidency in 2013, many new appointments are expected.

Of those added after 1999, Zambia's Patrick Chamunda has also passed the maximum age of 70 this year, while Hong Kong's Timothy Fok and Cameroon's interim FIFA President Issa Hayatou will do so in 2016.

Recommendation 38 of the IOC's Agenda 2020 reform process vowed to introduce a more proactive "targeted recruitment" system to select individual IOC members, focusing on a balance of gender and nationality, as well as expertise in spheres including politics, law, business and sports management.

As part of Agenda 2020, it was also decided that a one-time four-year extension of an IOC member’s term of office for at-the-most four years beyond the age of 70 could be applied in a maximum of five cases at a given time.