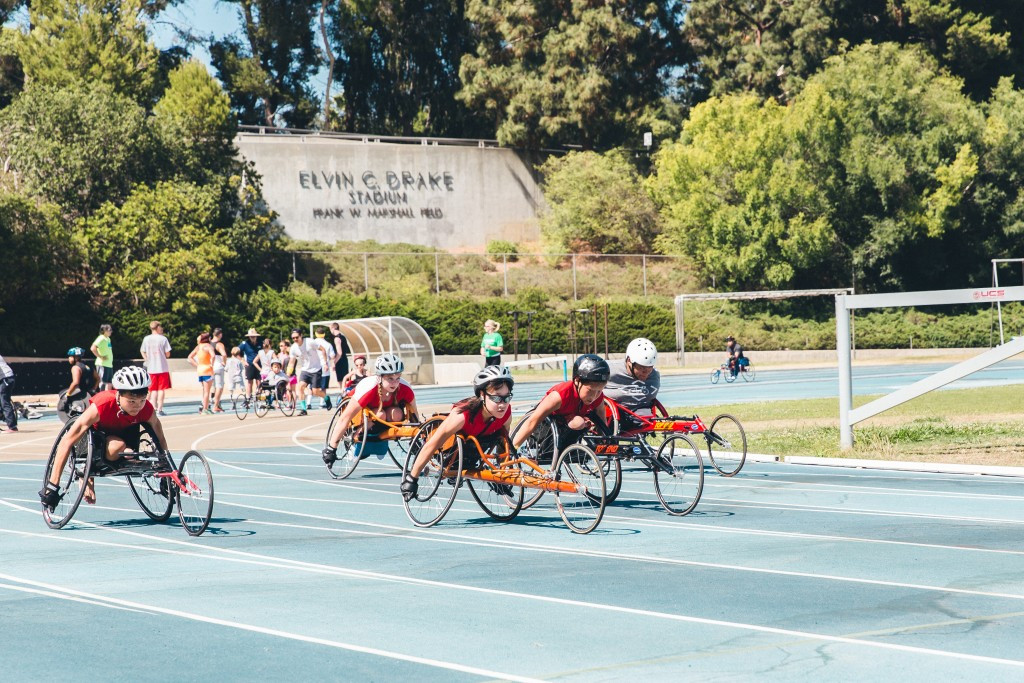 The 12-time Paralympic medallist, the first American woman to win medals in both the Summer and the Winter Paralympic Games, hopes the Californian city can use the event as inspiration to plan the "most successful" Paralympics in eight years time.

She was among the attendees at the event which featured adaptive sports clinics and competitions for children, adults, veterans and active-duty military personnel with physical impairments.

Clinics were held on the opening two-days of the event in an attempt to introduce new athletes to track and field, wheelchair basketball, archery, badminton, football, swimming and kayaking.

The sessions were led by Paralympic and Olympic level coaches at the UCLA campus, which has been proposed by Los Angeles 2024 to be the site of the Athletes’ Village should they win the race to host the Summer Olympic and Paralympic Games.

Paralympic-style athletics competitions were held on the closing two days of the event, sanctioned by USA Track and Field and Adaptive Sports USA, meaning results could qualify youth athletes for the National Junior Disability Championships in Madison.

“I would like to thank the Angel City Sports team for their deep commitment to adaptive sports participation, and for raising awareness about the important issue of accessibility to sports for all athletes across Southern California,” said Cable, after attending the annual Games.

“I am so excited, but not at all surprised, that the Angel City Games were such a resounding success for a second year in a row.

“From our world-class infrastructure to Angelenos’ infectious passion for sport and competition, Los Angeles is a city that lives and breathes sport.

“The Angel City Games really gave us a taste of what is possible should Los Angeles be awarded the honour of hosting the 2024 Olympic and Paralympic Games.”

Cable, a wheelchair racer and skier, has been tasked with spearheading Los Angeles 2024’s work to deliver a legacy of "inclusion and opportunities".

Chief executive Gene Sykes highlighted the bid’s commitment to “planning the most successful Paralympic Games ever” at a sponsor reception for the Angel City Games.

Ezra Frech, who founded the Angel City Games after competing in a similar competition in Oklahoma, expressed his delight at the growth of the event, with 150 athletes having attended the inaugural staging last year.

Frech, who is only 12-year-old and appeared in Los Angeles 2024’s brand video, also expressed his desire to compete in the 2024 Paralympic Games in her home city.

“My hometown, the City of Angels, with its diversity and openness to new ideas, is the perfect place to celebrate adaptive sports and the amazing athletes who really are the heart and soul of any competition," he said.

“I think the Angel City Games proves that LA would host an incredible Olympic and Paralympic Games.

“This year athletes came from all over the country to enjoy our perfect weather, cheering fans, and amazing facilities at UCLA.”

Los Angeles is considered the joint favourite, along with Paris, to be awarded the Olympics and Paralympics by the International Olympic Committee at its Session in Lima next year.

Budapest and Rome are also bidding.