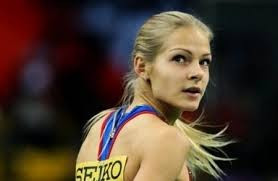 Darya Klishina will compete under the Russian flag at Rio 2016, not as a neutral athlete, International Olympic Committee President Thomas Bach claimed today.

The long jumper is the only Russian athlete who met the International Association of Athletics Federations (IAAF) strict criteria to be allowed to take part at Rio 2016 following the decision last November to suspend the All-Russia Athletic Federation (ARAF).

But they want her to take part as a neutral athlete rather than as a member of the Russian team.

Bach, though, has insisted that the Olympic Charter does not allow for athletes to compete under a neutral banner.

"For Klishina, generally-accepted rules apply and the IAAF has allowed her to compete and now the Russian Olympic Committee will choose a team for the Games in compliance with the Olympic Charter," he told Agence France Presse.

If she gets into it, she will become a full-fledged member of the Russian Olympic team."

"As for Stepanova, we have received her letter, which says that she won’t perform for the Russian team," Bach told AFP.

"This means that the IOC will examine this case and it includes a lot of ethical issues.

"That is why, we have requested our Ethics Commission to resolve it.

"We’ll consider all opinions and take a decision."

Klishina, a two-time European Indoor champion who finished 10th at last year's IAAF World Championships in Beijing, has been accused of betraying Russia after accepting the opportunity to compete.

Leading pro-Putin Russian journalist have even compared her to Russians who surrendered to the Nazis.

The Florida-based Klishina, though, has defended herself.

"I would like to point out that I didn't start training in the USA with an American coach a month before this situation turned out the way it did," she said.

"I have been there for three years.

"Therefore, I think it is wrong to criticise me and call me a Russian traitor.

"I am still really waiting and hoping that I will not be going to Rio alone.

"I want to believe that the Court of Arbitration for Sport (CAS) in Lausanne, following its decision on July 19, will give us a positive decision.

"Now we all need support. Let's unite and we will believe right to the end that we will compete in Rio as a team."

The IAAF told insidethegames that the matter is due to be raised when the CAS meets to hear an appeal from the ARAF to have their ban lifted in time for Rio 2016.

“We fully expect this to be discussed by the CAS hearing on Tuesday," a spokesman for the world governing body said.