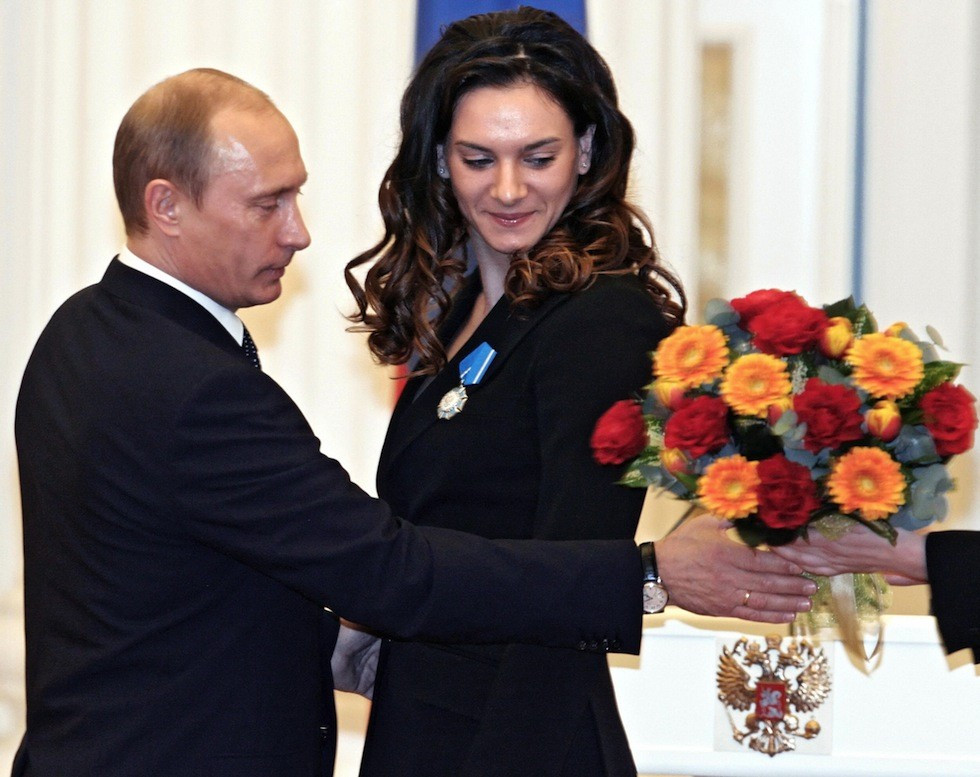 Yelena Isinbayeva is among Russians to have applied to be allowed to compete as a neutral athlete at this year's Olympic Games in Rio de Janeiro as the country officially filed an appealed to the Court of Arbitration of Sport (CAS) to have its ban lifted.

Russians who want to compete at next week's European Championships in Amsterdam and Rio 2016 must do so as neutral athletes the IAAF have ruled after they refused to lift a suspension imposed on the country last November following claims of state-supported doping.

But the Russian Olympic Committee (ROC) hope to have the IAAF suspension overturned in time for the country's athletes to be able to compete at Rio 2016.

They have employed British firm Morgan Sports Law to represent them at CAS.

The London-based company, whose founding partner is Mike Morgan, has recently represented a number of clients against the IAAF at CAS.

The firm recently successfully led an appeal to CAS from Tatyana Andrianova against the IAAF and ARAF against a decision to strip her of the bronze medal she won in the 800 metres at the 2005 World Championships following a re-analysis of her urine sample which had shown traces of banned performance-enhancing drugs.

They also successfully appealed to CAS on behalf of Belarus' Olympic hammer silver medallist Vadim Devyatovskiy to have a lifetime ban imposed by the IAAF from the sport lifted, despite him having been involved in several doping scandals during his career.

Isinbayeva has been among the most outspoken of Russian athletes against the IAAF decision to impose a blanket ban on the country.

Writing in The New York Times on June 15, Isinbayeva urged the world governing body to allow her to participate in the Olympics Games.

“I understand that the IAAF has to take strong action to eradicate doping, but I think it is not fair to forbid me or other clean Russian athletes from competing,” she wrote.

Isinbayeva previously said she would apply only if she is allowed to compete under the Russia flag.

It is unlikely that the IAAF would consider Isinbayeva, a close friend of Russian President Vladimir Putin, to be eligible to compete as a neutral athlete.

The amendment passed during the IAAF Council meeting in Vienna earlier this month ruled that anyone granted neutral athlete status would have to clearly and convincingly show that they are not tainted by the Russian system because they have been outside the country and subject to other effective anti-doping systems.

Other Russians believed to have applied to compete as neutral athletes include  Sergey Shubenkov and Maria Kuchina, the gold medallists in the 110m hurdles and high jump respectively at last year's IAAF World Championships in Beijing.

Their cases are due be reviewed by the Doping Review Board, a group chaired by American Robert Hersh and also containing Finland's Antti Pihlakoski and Canada's Abby Hoffman.

A decision is expected to be made in the next few days as the European Championships are due to open in Amsterdam next Wednesday (July 10).

"The IAAF will make an announcement and will provide a public comment on those Russian athletes who have met the eligibility criteria to compete in international competition as an independent athlete and only when decisions are sent to athletes," a spokesman for the IAAF told insidethegames today.