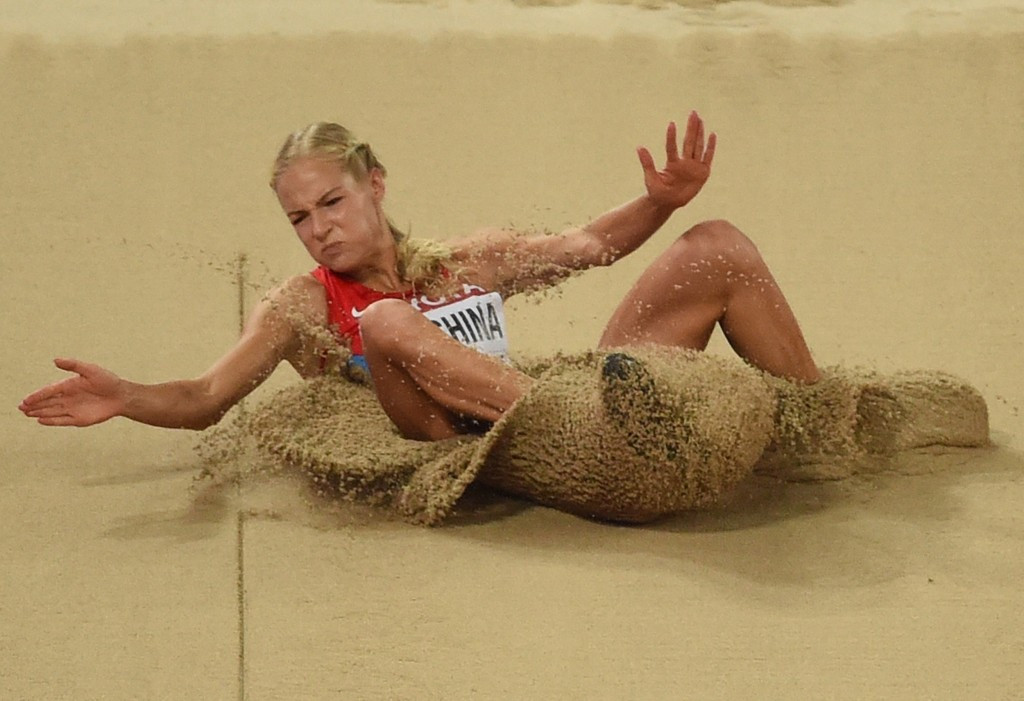 Long jumper Darya Klishina could lead a one-person Russian athletics team at next month's Olympic Games in Rio de Janeiro after being named as just the second athlete eligible to compete at the Games by the International Association of Athletics Federations (IAAF).

The 25-year-old two-time European indoor champion has been based in Florida for several years.

This means she has been subject to regular testing outside Russia, a key IAAF requirement.

"The IAAF Doping Review Board has today agreed that Russian long jump athlete Darya Klishina meets the exceptional eligibility criteria to compete in International Competition as a neutral athlete under Competition Rule 22.1A," a statement from the world governing body said.

"The Doping Review Board, which is composed of Robert Hersh (chair), Sylvia Barlag and Antti Pihlakoski, has unanimously accepted the application of Darya Klishina who, subject to completing the formalities, is now eligible to compete in international competitions as an independent neutral athlete.

"Darya Klishina’s participation as a neutral athlete in international competition is still subject to acceptance by the organiser of the competition in question, in accordance with the rules of that competition."

A total of 136 applications have been received from Russian athletes, who have to prove how they are "not tainted by Russia's failure to put in place adequate anti-doping systems because they have been subject to other, fully adequate systems outside of the country for a sufficiently long period to provide a substantial assurance of integrity".

Final decisions on other cases are due to be made by July 18, with no details given today.

A Russian Olympic Committee (ROC) official claimed they have all been rejected, however.

"The refusals were received by everyone, except for Klishina," the ROC's head of the legal department Alexandra Brilliantova told the TASS news agency.

Evgeny Trofimov, the coach of two-time Olympic pole vault champion and world record holder Yelena Isinbayeva, also told TASS that his athlete - who does have a residence in Monte Carlo but has spent the last year in Russia - has already been deemed ineligible.

She is one of 68 Russians to have appealed the IAAF verdict to the Court of Arbitration for Sport.

A decision is expected by July 21.

Both Isinbayeva and Russian Sports Minister Vitaly Mutko have reacted furiously to the announcement, repeating their call for the IAAF to be disbanded.

If this appeal is unsuccessful, Klishina, who finished 10th at last year's IAAF World Championships in Beijing, could be the only member of the Russian team at Rio 2016.

"The news that I am allowed to participate in all international events and also 2016 Olympics in Rio came today late in the night," she said in a message on Facebook.

"At this point I would like to thank IAAF for its expert decision and, of course, my very professional WME-IMG team, my agents Alexei Nikolaev and Olivier van Lindonk, and my sponsors Nike, Seiko and Skullcandy, who supported me during all this time.

"And my special thanks goes to my outstanding coach and great person Loren Seagrave without whom my career simply would not be possible.

"Also, I appreciate every effort of IMG Academy and its staff to create the best possible, safe and clean environment for me."

ROC President Alexander Zhukov has already said that Stepanova will not be selected in a Russian team.

The IAAF and the World Anti-Doping Agency still insist that all Russians competing at Rio 2016 should do so under a neutral flag.

But the International Olympic Committee (IOC) claim that any Russians deemed eligible can only compete under their own flag.

They have, however, asked the Ethics Committee to explore ways in which Stepanova can compete independently.