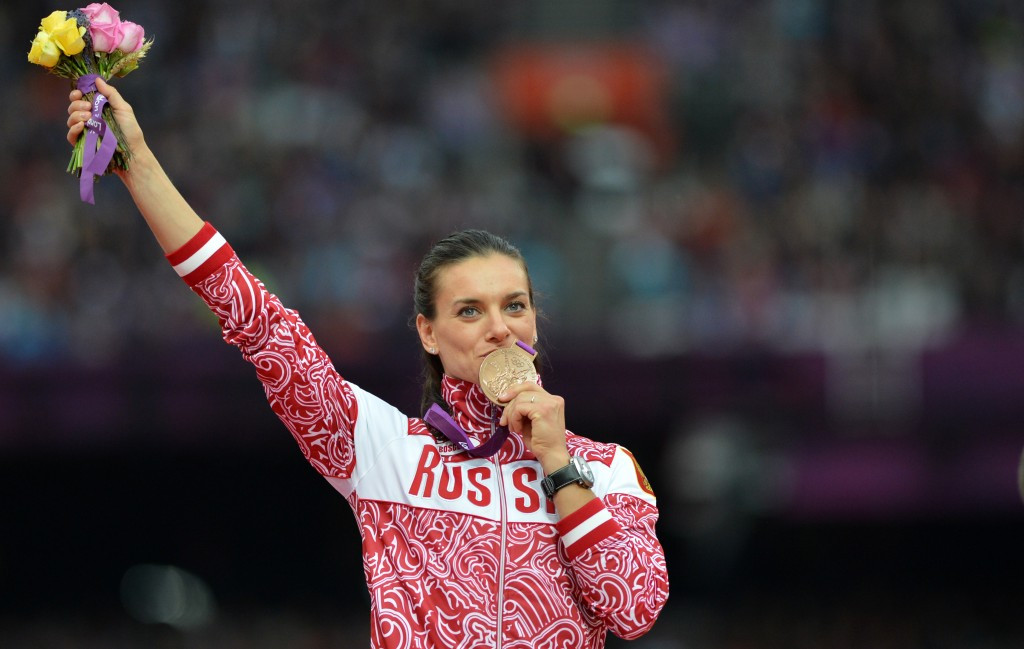 Pole vaulter Yelena Isinbayeva has claimed the International Association of Athletics Federations' (IAAF) decision to only deem two Russian athletes eligible to compete at Rio 2016 means "nothing", before expressing her hope that it will be reversed by the Court of Arbitration for Sport (CAS).

Only two United States based athletes in long jumper Darya Klishina and 800 metres runner Yuliya Stepanova - the doping cheat turned whistleblower who provided allegations of systemic doping in 2014 - have been deemed eligible to compete in international competition after proving that they have been operating in an effective testing system outside Russia.

Klishina has already been forced to reject allegations that she has "betrayed" her country.

Isinbayeva, a two-time Olympic champion who had sat on the IAAF Athletes' Commission, has repeated her fierce criticisms of the world governing body.

"IAAF's statement is nothing, a big nothing, which stinks.

"We all together are waiting for the court decision, which is due on July 21 - and this decision of CAS will be most important for us.

"If CAS says the Russian athletes have the right to compete at the Games, as well as at all international competitions, the bans will be removed automatically.

"If CAS decides the suspension remains, then we shall not have chances to participate in the Olympic Games."

The IAAF decided to continue their suspension of the All-Russia Athletic Federation (ARAF) during last month's Council meeting in Vienna after ruling that necessary improvements had not been made.

Athletes, like Isinbayeva, who have never been implicated in a doping scandal, cannot be considered clean due to the lack of effective testing, they said.

Sixty-eight Russians have appealed this decision to CAS, with the process having been sped up to ensure a result before Rio 2016.

The IAAF still claim to be considering the eligibility of other athletes, but Russian figures have already claimed that all other requests have been rejected.

Russian Olympic Committee President Alexander Zhukov has already said that Stepanova would not be considered for a Russian team.

The IOC Ethics Commission are currently exploring if there are any other ways in which she would be allowed to participate.

But this means that, as it stands, only Klishina would compete.

The long jumper, a two-time European Indoor champion who finished 10th at last year's World Championships in Beijing, has been accused of betraying Russia after accepting the opportunity to compete.

Numerous comments were made to a Facebook post she made welcoming the decision, including that she had committed a "treacherous act" and was "NOT Russian by spirit".

"I want to note that I didn’t begin training with a US coach in the United States a month before that situation emerged," Klishina refuted in a message posted on the ARAF website.

"After all, I have been there for already three years.

"That is why, it seems incorrect for me to scold me and accuse me of betraying the home country.

"I’m waiting and hoping to the last that I won’t go to the Olympic Games alone and I want to believe that CAS will pass a positive decision for all of us."