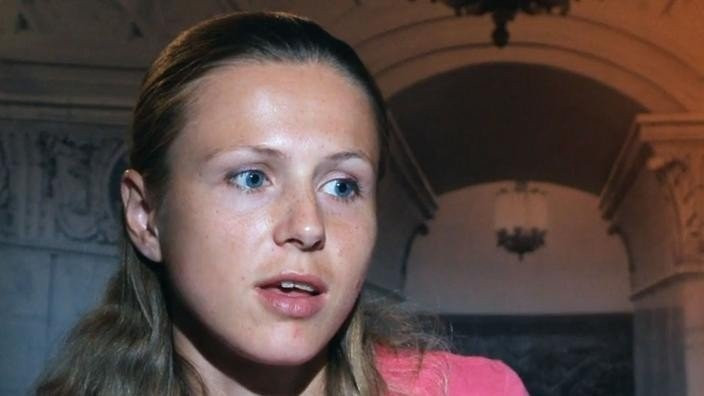 Doping cheat turned whistleblower Yuliya Stepanova has become the first Russian athlete to be granted permission to compete internationally under a neutral flag by the International Association of Athletics Federations (IAAF).

She is now free to compete in the European Athletics Championships starting in Amsterdam on Wednesday (July 6).

This decision was made by the three-person IAAF Doping Review Board, who have also received over 80 applications from other athletes from the world's largest country.

All Russians were encouraged to apply for "exceptional eligibility" following the decision to extend the nation's suspension from the IAAF earlier this month following allegations of state sponsored doping.

Only those who can prove they were operating under a clean drugs testing system will be selected, however, with this expected to mean only those, like Stepanova, who are based outside the country.

"The Doping Review Board, which is composed of Robert Hersh (chair), Sylvia Barlag and Antti Pihlakoski, has unanimously accepted the application of Yuliya Stepanova under Competition Rule 22.1A(c) as someone having made a truly exceptional contribution to the protection and promotion of clean athletes, fair play and the integrity and authenticity of the sport," said a statement today.

"Ms Stepanova is now eligible to compete in International Competitions as an independent neutral athlete."

The IAAF are particularly keen for her to be given a second chance to compete in order to encourage other whistleblowers to come forward.

Their decision will raise eyebrows, however, with Russian officials having fiercely criticised Stepanova for what they see as slanderous and traiterous allegations.

Her participation is still "subject to acceptance by the organiser of the competition in question, in accordance with the rules of that competition".

Both the IAAF and the World Anti-Doping Agency are challenging this decision.

"The IAAF has of today received more than 80 applications from Russian athletes seeking exceptional eligibility to compete in an individual capacity under a separate provision in Competition Rule 22.1A(b), namely, on the basis that they are not tainted by RUSAF's failure to put in place adequate anti-doping systems because they have been subject to other, fully adequate systems outside of the country for a sufficiently long period to provide a substantial assurance of integrity," added the IAAF statement.

"The form of these further applications is being checked against th eGuidelines issued by the IAAF last week and, if they are in the correct form,they too will be referred to the Doping Review Board for a decision on exceptional eligibility."

Among those thought to have applied are two-time Olympic pole vauit champion Yelena Isinbayeva, and both Sergey Shubenkov and Maria Kuchina, the gold medallists in the 110m hurdles and high jump respectively at last year's IAAF World Championships in Beijing.