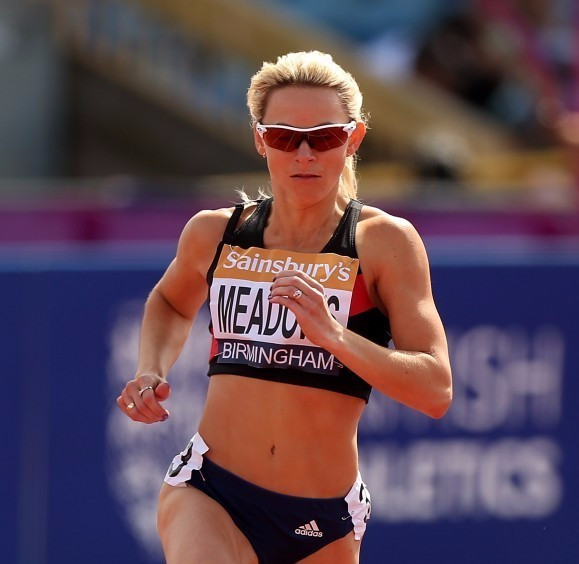 British athlete Jenny Meadows says Russian whistleblower Yulia Stepanova, who effectively cheated her out of a place in the 800 metres final at the International Association of Athletics Federations (IAAF) World Championships in 2011, should be allowed to compete at next months' Olympic Games in Rio de Janeiro under a neutral flag.

Meadows, preparing for this week’s European Championships in Amsterdam - where it now seems likely that she will line up against Stepanova - finished one place off qualification from the semi-finals in Daegu five years ago, with Stepanova, competing under her maiden name of Rusanova, making the cut.

But the 35-year-old Briton, who inherited the 2011 European Indoor title after another Russian athlete, Yevgeniya Zinurova, was subsequently disqualified for doping offences, believes Stepanova has earned the right to compete at Rio 2016.

All Russian track and field athletes will be suspended from both the European Championships and Rio 2016 following the scandal over doping in their country which the evidence of Stepanova and her husband Vitaly triggered.

“At first I had mixed feeling about Yulia being allowed to participate at all once she had returned from her ban,” Meadows told insidethegames.

“Of course I still suffered the negative emotions that she put me through when she prevented me from participating in the World Championship final in Daegu.

“I then met up with her at an IAAF meeting in Hengelo and was struck by how nervous she appeared, partly because it was her first competition since the ban and secondly because she was wary and almost afraid of the response this would generate from other athletes, particularly myself.

“After chatting to her and her husband however, I got a growing sense of what they had actually been through since they began their whistleblowing procedure and how they had given their whole lives up and were practically living in isolation because they believed the Russian system was wrong.

"All I know is that she wants to run as well as she can and know that she has done this as a clean athlete.

"This said, of course the advantages she has gained through being on PEDs [2007 to 2012 according to her report] would still mean she benefits now in some way, which is why so many people are pushing for lifetime bans after a first doping offence."

Meadows said that, personally, she would like to see Stepanova running under the Olympic flag "as her actions since she tested positive for a doping violation do correlate well with the Olympic values and mission".

This comes after the International Olympic Committee (IOC) President Thomas Bach suggested that Russians deemed eligible to compete at Rio 2016 would do so under their own flag.

If this happens, Russian Olympic Committee (ROC) President Alexander Zhukov has already said Stepanova would not be selected.

“I think Yulia and her husband need to be recognised for their efforts and all they have done to help develop a clean positive future for the sport of Athletics and we should champion them for doing so," Meadows added.

“As far as other Russian athletes go, I do not feel that they should be allowed to compete either under the Russian or Olympic flag during the Rio Games as there has not been enough time and measures taken place to guarantee that those athletes are competing clean.

“There are so many reports about Russia still failing to comply with new anti-doing measures and I feel participation by any Russian athlete would question the validity of their performance.

"Some clean athletes may suffer as a consequence of this however they have been let down by their National federation.”

Read the full Big Read on whether Stepanova is a "Judas" or a true Olympic hero here.