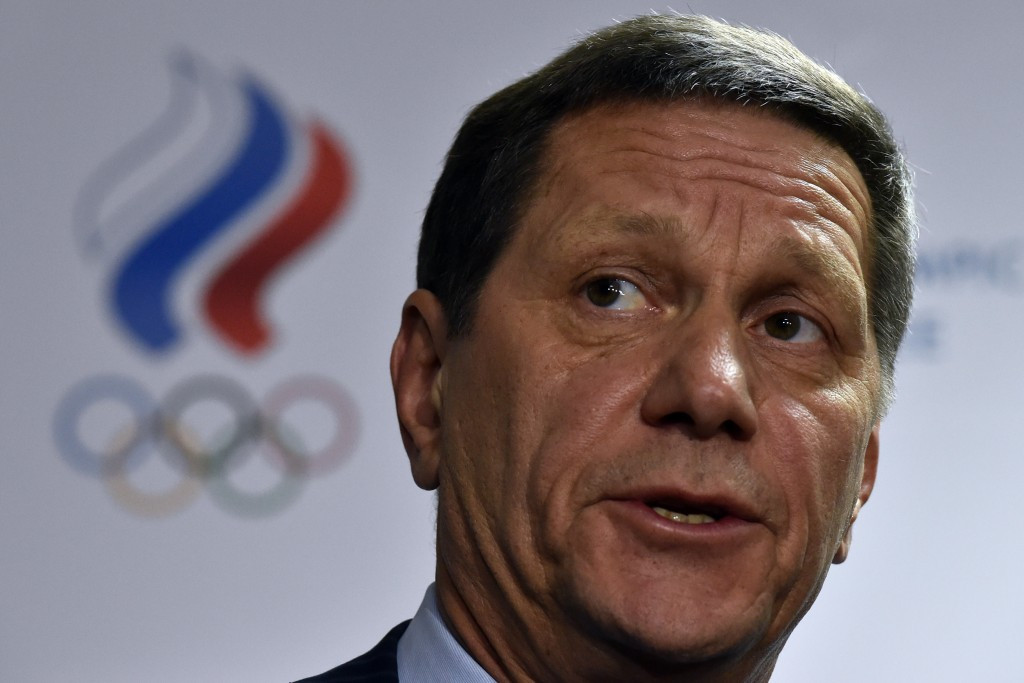 Russian Olympic Committee (ROC) President Alexander Zhukov has claimed the country will have a successful Olympic Games in Rio de Janeiro next month despite their athletics team being suspended from competing.

The ROC hope to have their International Association of Athletics Federations (IAAF) suspension overturned in time for the country's athletes to be able to compete at Rio 2016, having officially filed an appeal to the Court of Arbitration of Sport (CAS).

It followed the IAAF ruling last month to keep a suspension imposed on the country last November in place, which was introduced following claims of state-supported doping.

Russian athletes may be allowed to compete as neutrals at the Games, should they clearly and convincingly show that they are not tainted by the the country's system, have been outside the nation and subjected to other effective anti-doping systems.

Earlier this week, ROC legal department head Alexandra Brilliantova admitted that only two Russian athletes met this criteria, with their best hope of having more competitors coming from the CAS appeal.

Zhukov, howeverl has stated that he expects Russia to enjoy success at Rio 2016.

"All recent steps taken against our country and our athletes will be no obstruction for a successful performance at Rio," Zhukov told the official Russian news agency TASS.

"Athletes of various teams are preparing for the upcoming Games in line with the initial schedule and in various locations, from Brazil to our training bases in Sochi.

"We believe that the decision to suspend all of our track and field athletes is unjust.

"We must not punish athletes who are innocent and never consumed performance enhancing drugs."

The IAAF were keen for neutral participation primarily in order to find a way for 800 metres runner Yulia Stepanova to compete, a key recommendation of the IAAF Taskforce chaired by Norwegian Rune Andersen.

Stepanova is the former doping cheat who turned whistleblower and made the allegations which help lead to the IAAF suspending Russia.

Last week, Stepanova became the first Russian athlete to be granted permission to compete internationally under a neutral flag by the IAAF.

She competed at the European Athletics Championships in Amsterdam, where she was disqualified in her 800 metres heat on Wednesday (July 6) after straying out of her lane.

Stepanova was suffering from a foot injury and was considerably off the pace.

The International Olympic Committee (IOC) is to take advice from its Ethics Commission over whether Stepanova is allowed to compete at Rio 2016.

Zhukov has already said Stepanova would not be selected in any Russian team.

Long jumper Darya Klishina, a two-time European champion, is believed to meet the IAAF criteria having been based in Florida for several years and has been subject to regular testing outside Russia.