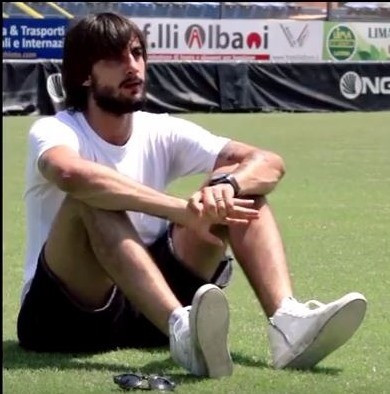 Mattia Perin has become the second Italian goalkeeper to feature in a promotional video produced by Rome 2024.

He follows Gianluigi Buffon, who appeared in a film last month, urging the country to back the bid to bring the Olympic Games back to the Italian capital for the first time since 1960.

The 23-year-old Perin, who plays for Genoa in Serie A, offered his support to Rome 2024 in a question and answer session with a group of schoolchildren in the Stadio Domenico Francioni, which is located in Latina in Lazio and is the home ground of U.S. Latina Calcio, a Serie B club.

Perin was born in Latina, located about 75 kilometres from Rome.

"It's a great opportunity, both for Rome and Italy as a whole," Perin, forced to miss this year's European Championships in France because of injury, told the youngsters.

"It's been too many years since we've hosted a major sport event in our nation.

"It would be a great way to prove that Italy's still here."

Rome's bid is currently in doubt because of opposition from the city's new Mayor, Virginia Raggi, who has repeatedly claimed the money could be spent better.

The situation could become clearer tomorrow when the City Council under the leadership of Raggi is due to meet for the first time since the elections on June 19.