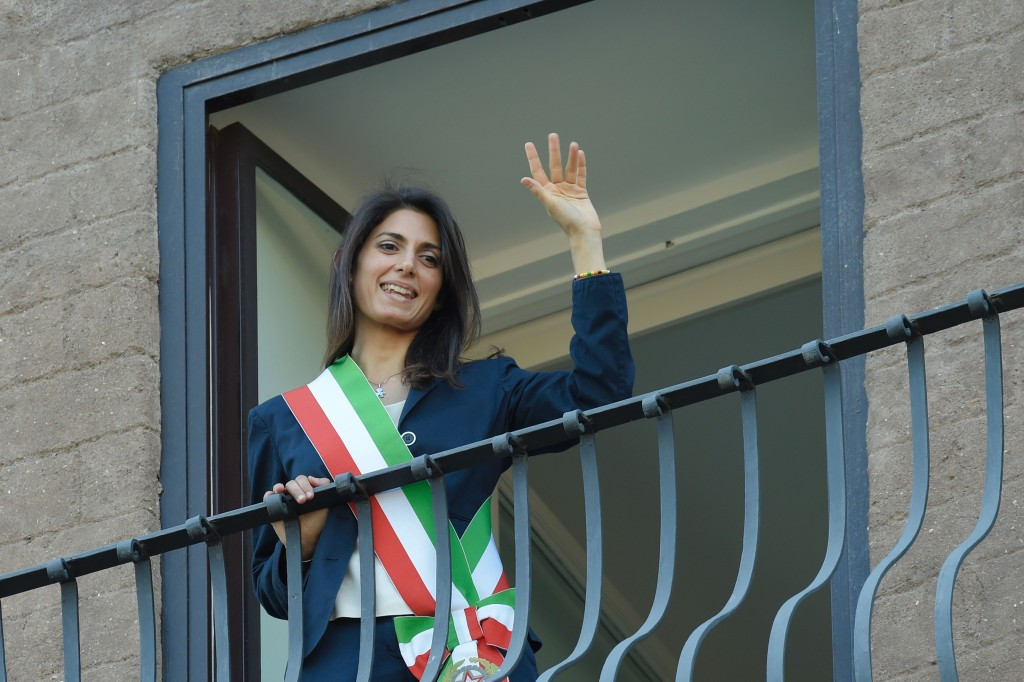 Rome 2024 have dismissed suggestions new Mayor Virginia Raggi’s election spells the end of their bid for the Olympic and Paralympic Games despite the Five Star Movement politician claiming the city cannot afford to host the event.

Raggi, officially sworn in as the first-ever female Mayor of the Italian capital today, has been a staunch opponent to the campaign to stage the Olympics and Paralympics.

The 37-year-old lawyer repeated her criticism yesterday in an interview with Euronews but Rome 2024 have defended the current state of the bid, insisting Raggi can “add an advantage” to their attempt at bringing the Olympics to the city for the first time since 1960.

Her quotes in the interview have cast further doubt on the bid ahead of the first City Council meeting under Raggi’s leadership on July 7, which looks set to be a pivotal date for Rome 2024 and its supporters.

The Bid Committee also agreed with Raggi’s comments concerning sporting facilities in the capital, which she feels are “falling to pieces” because “no one ever cared to maintain or renovate them”.

They claim Agenda 2020, the International Olympic Committee’s (IOC) strategic roadmap for the future of the Olympic Movement, will help ensure costs related to the bid are kept down.

It is hoped they will be able to allay the new Mayor’s fears and get her to throw her support behind the bid, though that appears highly unlikely given her fierce opposition during her Mayoral campaign.

“Mayor Virginia Raggi has the right priorities,” a statement from Rome 2024 said.

“Neglected sports facilities, and lack of public infrastructure and accessibility to all is what matters to the people of Rome and to the athletes.

“It is Agenda 2020 that leads us to have a different bid and different Olympic and Paralympic Games.

“These Olympic and Paralympic Games in Rome will set up a new standard, departing from previews models.

“In that, we view the new Mayor as a strong partner, actually as a catalyst for a stronger bid.

“We actually didn't hesitate from day one: Virginia Raggi can add to our bid an 'Advantage for Rome'."

The newly-elected Mayor participated in a number of ceremonies on the day of her officially taking office, including placing a wreath at the tomb of the Unknown Soldier at the Victor Emmanuel Monument.

Raggi, winner of the election on Sunday (June 19) with 67.2 per cent of the vote, can also request a hearing with Pope Francis and under Italian protocol, she is expected to call for a meeting with President Sergio Mattarella.

“The Games have an impact in the territory in which they take place,” Mattarella said in a statement.

“In 1960, Rome has left an important sign in the international community and in the world of sport with the first edition of the Paralympic Games.

“Also for this reason, I hope that Roma 2024, if it has the possibility to take place, will pursue the same important objectives.”

A decision on which city will host the 2024 Olympics and Paralympics is due to be made by the IOC at its Session in Lima in September 2017.