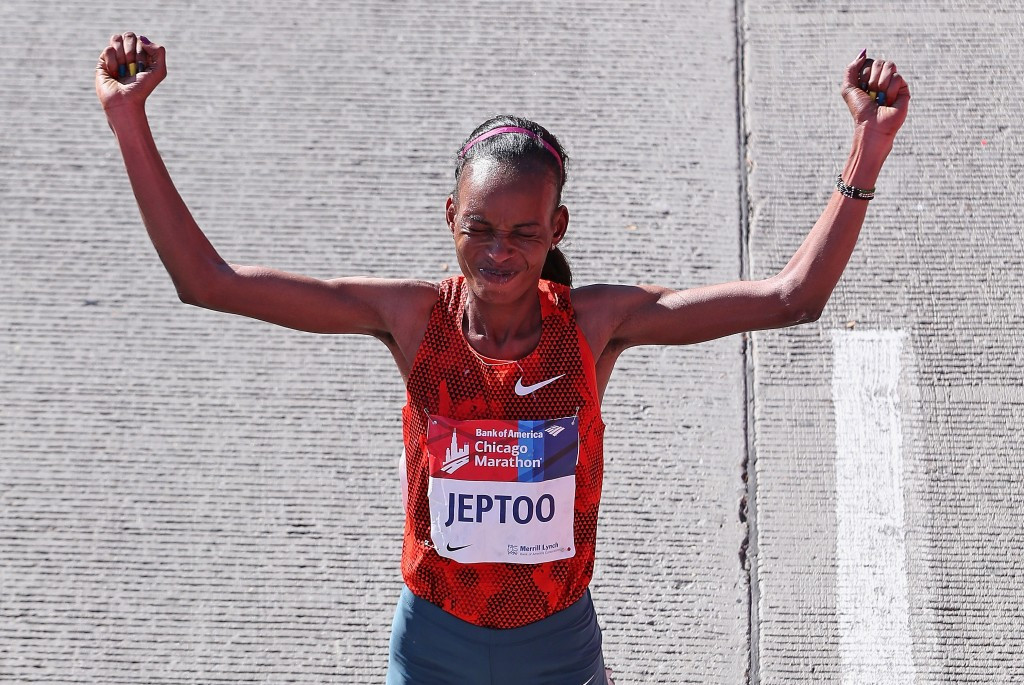 The lawyer representing suspended Kenyan runner Rita Jeptoo has withdrawn a day before the start of a hearing into her two-year doping ban at the Court of Arbitration for Sport (CAS).

Jeptoo, a three-time Boston Marathon champion and the highest-profile Kenyan embroiled in a doping scandal, was handed a two-year suspension in 2014 by Athletics Kenya following a positive test for erythropoietin.

She would, therefore, be able to return to competition in October, but the International Association of Athletics Federations (IAAF) are now seeking for this to be extended from two to 12 years due to "delibrate usage" of the banned blood-booster.

Jeptoo, who denies doping, now faces an uphill battle after her lawyer Sarah Ochwada announced she was pulling out ahead of tomorrow's CAS hearing in Lausanne.

She is citing prejudice against her client.

"Jeptoo is facing an extension from a standard two-year ban to a disproportionate 12-year ban," the lawyer said in a letter to CAS seen by Reuters.

"Due to her limited ability to communicate in English and her level of education she is not competent to understand let alone to prepare legal documents or argument for herself."

Ochwada claims that Jeptoo has no access to facilities required for her to participate in the hearing via a video conference, and is further handicapped by how the date clashes with a Kenyan public holiday, making it difficult for her to summon witnesses.

"It is a sad day for us as it is clear from the foregoing that the IAAF and the CAS have no sympathy for Ms Jeptoo or for us as her legal representatives," said the letter.

"It is for the above reason that we can no longer proceed as pro-bono counsel in this matter.

"We therefore invite the CAS to appoint new pro-bono legal counsel to assist her to navigate the complexities of this case."

The case is still expected to take place as scheduled, however.

"Jeptoo is advised that the hearing will proceed as scheduled on July 7, 2016," CAS counsel Brent J Nowicki said in a letter, also seen by Reuters.

The case comes as Kenya remains riddled with doping problems, with special testing currently taking place of all athletes due to compete at next month's Olympic Games in Rio de Janeiro.

Leading agent Federico Rosa, who has represented high-profile Kenyan athletes, including Jeptoo, has also appeared in court today in Kibera for contravening new doping laws in the African nation.

The Italian is being investigated for conspiracy to cause injuries to professional athletes through doping, a situation that bars them from attending IAAF races.

It comes at the beginning of a busy week of CAS cases taken by athletes hoping to be cleared to compete at Rio 2016.

Russia's world weightlifting champion Alexei Lovchev is also appealing a four-year doping ban handed by the International Weightlifting Federation and Russian-born Polish wrestler Magomedmurad Gadzhiev is appealing the right to compete, despite a failure for meldonium.