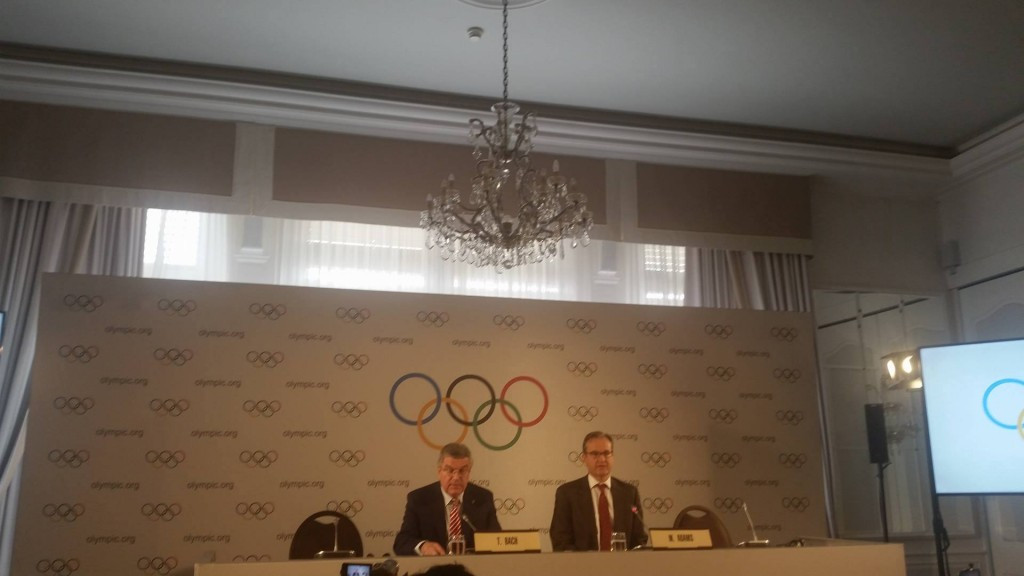 Five South Sudanese, two Syrians, two from Democratic Republic of Congo and one Ethiopian will compete in the Refugees Olympic Team at Rio 2016, it has been announced here today.

Six out of the 10 will compete in athletics, along with two in swimming and two in judo.

They will "act as a symbol of hope for refugees worldwide", the IOC hope, and "bring global attention to the magnitude of the refugee crisis when they take part in the Olympic Games Rio 2016 this summer".

The five South Sudanese refugees are all now based at the Kakuma refugee camp in north-wet Kenya.

All five will compete in athletics, with James Nyang Chiengjiek due to race over 400 metres, Paulo Amotun Lokoro over 1500m and Yiech Pur Biel over 800m.

Two Syrian-born refugees will compete in swimming - with exact events yet to be specified.

Rami Anis is now based in Belgium and Yusra Mardini in Germany.

Mardini and her sister, Sarah, reached mainland Europe after taking a dinghy from Turkey to Greece.

After it began taking-on water, the Mardini sisters jumped overboard and helped guide it to the island of Lesbos.

The list is completed by two judoka from the Democratic Republic of Congo who have lived in Rio de Janeiro since visiting Brazil to compete in the 2013 World Championships.

Yolande Bukasa Mabika will participate in the women's under 70 kilograms competition, while Popole Misenga will feature in the men's under 90kg category.

“These refugees have no home, no team, no flag, no national anthem," said IOC President Thomas Bach when unveiling the team.

"We will offer them a home in the Olympic Village together with all the athletes of the word.

"The Olympic anthem will be played in their honour and the Olympic flag will lead them into the Olympic Stadium.

"This will be a symbol of hope for all the refugees in our world, and will make the world better aware of the magnitude of this crisis.

"It is also a signal to the international community that refugees are our fellow human beings and are an enrichment to society.

"These refugee athletes will show the world that despite the unimaginable tragedies that they have faced, anyone can contribute to society through their talent, skills and strength of the human spirit.”

Selection of the final 10 was then based on consultation with their host National Olympic Committees (NOCs), International Federations, the UNHCR and the NOCs of their countries of origin.

Sporting level was part of the criteria, along with official refugee status verified by the United Nations, personal situation and background.