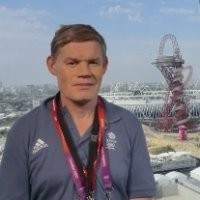 In a simple but emotional moment, the Olympic flame will be carried this Tuesday (April 26) by Syrian swimmer Ibrahim Al Hussein at the Eleonas Refugee Camp in Athens. Ibrahim had part of his leg amputated, but still swims and plays wheelchair basketball.

His short run with the Rio 2016  torch is designed to draw attention to the plight of those who have been forced to flee their country. In Brazil later this year, the parade of nations also will include a small group of "Refugee Olympic Athletes" (ROA) who will enter the Maracanã Stadium just before host nation Brazil. “It will be an honour to open the door for the refugees,’’ said Rio 2016 President Carlos Nuzman.

Although it is the first time that refugees have competed at the Games in this way, the Olympic Movement has a long and proud tradition of helping those in peril.

This year marks the 60th anniversary of Soviet tanks rolled into Budapest to quell a popular uprising.

The Hungarian Olympic team were about to leave for Melbourne in Australia where the Olympic Games were to begin in mid November. In those days, Otto Mayer ran the Olympic headquarters. His official title was International Olympic Committee (IOC) Chancellor.

“A dark cloud hovered over the [Olympic] Stadium," he wrote. Athletes from Hungary were present despite the ‘civil war’ which was tearing their country apart. ..They left their country in tragic circumstances."

The Revolutionary Government was in place in Budapest just long enough to allow diplomatic intervention by the Swiss and the IOC to allow the athletes to travel to Czechoslovakia.

They waited there three days before a French aircraft arrived to take them on the next part of their long journey to Australia.

The minutes of the next IOC session noted that "the Chancellor had succeeded in getting the Hungarian team from Budapest to Prague, the first modern Olympic truce. He subsequently helped it obtain plane accommodations (sic) to Melbourne, a great victory for the Olympic Movement.’’

The Hungarian team numbered 108. When they arrived in Australia they were greeted as heroes by the local population.

“They immediately invited us to the Hungarian club where we met up with Hungarians who had immigrated here earlier," said canoeist Ferenc Mohacsi, who later won a bronze medal. "Many of them assured us that they will support us if we decide to stay.”

Many of the team expressed their dismay when they saw the national flag flying still bearing the communist emblem. At the request of the team Chef de Mission, a new flag was brought out bearing the traditional Kossuth arms.

When the competition started, a particularly violent water polo encounter against the Soviet Union became an emblem of Hungarian resistance.

After all the trials they had been through, it was perhaps a marvel that the Hungarian team did so well. Gymnast Agnes Keleti won four gold medals and the legendary fencer Aladar Gerevich, by now aged 46, helped claim sabre team gold.

When the Games were over many of the team members sought refuge. Some found their way to the United States.

“Arrangements are being made to receive the number of Hungarian athletes in the United States on a permanent basis," revealed a now declassified memo from an Australian diplomat in Manila. "In order to comply with American law they will be brought here and the Philippines will be their country of origin for the purpose of the law."

When the Olympics returned to Australia in 2000, it was again a time to welcome those who had been displaced . After a visit from IOC vice-president Kevan Gosper, himself a competitor for Australia at those Melbourne Games in 1956, a team from East Timor had been given the opportunity to train in Australia .They competed under the Olympic Fag as Independent Olympic Athletes.

At the Olympics, they were led by United Nations official Frank Fowlie. They marched in the Opening Ceremony with boxer Victor Ramos carried the Olympic flag.. “I was happy to carry that Olympic Fag into the Stadium," he said. "But I carry my nation and my flag in my heart.”

His Olympic experience lasted less than six minutes. He was stopped by Ghanaian Ray Narh but the Olympic philosophy of taking part was more important.

Later in the Games, Aquida Fatima Amaral became the first woman of the quartet to participate . She returned as part of the first Timor Leste team to compete under their own flag at Athens in 2004.

In Sydney, a wrestler who had once sought asylum achieved the ultimate Olympic ambition. Daniel Igali had represented Nigeria at the 1994 Commonwealth Games held in Victoria British Columbia. Afterwards he asked leave to remain in Canada and was ultimately granted Canadian citizenship. In 2000, he travelled to Sydney as part of the Olympic team where he won lightweight freestyle gold for his adopted country.

Lopez Lomong was a boy of six when bitter fighting started in Sudan. One day he was abducted from his home village by soldiers. Separated from his family, he was placed in a camp to be trained as a boy soldier. He escaped with the help of some older boys a few weeks later and eventually made his way to Kenya. There he spent almost a decade in a refugee camp before he was selected for resettlement in the US as part of a UN initiative. “To me, Africa seemed a continent full of violence and turmoil," he said. "I imagined America to be a Utopia.”

Adopted by a family in Tully, a small town in upstate New York, he attended high school and demonstrated his talent for running. "I am doing this with joy, I am no longer running away from bullets," he said .

In fact the problems of Sudan were uppermost in his mind and Lomong has established a charitable foundation to provide amongst other things, a church and community centre in Kimontong in South Sudan.

By 2008, he had qualified for the US Olympic team which travelled to . Beijing. At the Opening Ceremony in the Bird's Nest Stadium, he was chosen by his fellow athletes to carry the Stars and Stripes.

He did not qualify for the 1500 metres  final but earned selection again in 2012, this time for the 5,000m. Lomong finished 10th in a race won by Mo Farah. He too had been a refugee when he arrived in Britain as an eight-year-old from the turmoil in Somalia. Initially his ambitions were to become a football star but it was the track that proved his true calling. A rare long distance double in the 5,000m and 10,000m was the stuff of dreams.

War had also devastated the Balkans a quarter-of-a-century ago 1992, Bosnian runner Mirsada Buric was in training for the Barcelona Olympics. She was interned in a concentration camp and, although later released, her home city of Sarajevo was under siege. Her diet was limited to rice and pasta and she ran on the streets as the bullets rained down.

Her limited training took its toll. Although Buric did represent Bosnia and Herzegovina in Barcelona over 3,000m she did not qualify from the heat  She was in danger of being lapped by the leaders. Yet the fact that she was there at all was recognised by the spectators. “The crowd began to clap and cheer for me," she said. "I suddenly felt I was running on the streets of Sarajevo. Instead of hearing rifle shots, I heard the clapping."

Watching on television was a hospital audio visual specialist called Eric Adam. He sponsored her emigration to the US. They later married and Buric qualified as a journalist.

Guor Mading Maker hopes to represent the newest Olympic nation of South Sudan this summer in the marathon. Two decades ago he fled to Egypt with an uncle. His eight brothers and sisters perished in the fighting. When he left , he had said, "I will never run again."

Granted refugee status he eventually moved to the US and at college in Iowa, he demonstrated his talent at the marathon. Although he achieved the qualification time for the 2012 Olympics, he looked unlikely to take part because South Sudan did not have a team, nor was he an American citizen. The IOC allowed him to compete as an Independent Olympic Athlete and he finished 47th.

The IOC have made regular calls for an Olympic Truce and back in February at the Winter Youth Olympic Games in Lillehammer, refugees from the Hamar reception centre were part of the Opening Ceremony.

The Olympic flame relay will be the second time this year that an Olympic party has visited Eleonas. Back in January, Hellenic Olympic Committee (HOC) President Spiros Capralos welcomed Thomas Bach to the centre with an offer.

“Greece enters the Olympic Stadium first during the Opening Ceremony, therefore, the HOC wants to be the first to show solidarity to the refugees. ” said Capralos.

The run by Ibrahim Al Hussein in this week is designed to give hope to others..

"We have seen that the world is suffering from a terrible crisis, this is the responsibility of the IOC to send a signal of solidarity with the refugees who are fleeing from their homes and the violence," said Bach. "’This is why we have created the Refugee Olympic Team. Sending a message of hope they see what refugees can achieve even in the difficult circumstances they are suffering from now.’’

The IOC are currently sifting through the performance records of over 40 potential participants for Rio 2016. Kenyan marathon runner Tegla Loroupe was quick to help in the selection process. The IOC are due to announce the final team members in early June and the ROA team is expected to number between five and 10 athletes .