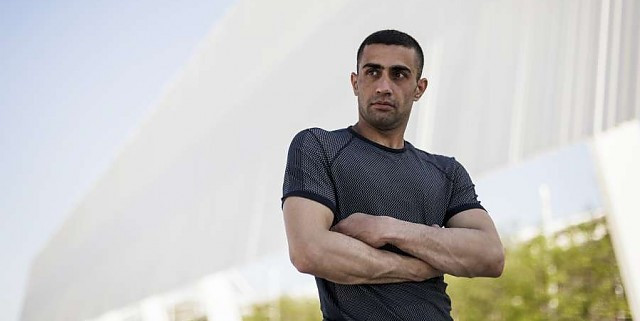 Syrian swimmer Ibrahim Al Hussein has been named as the Torchbearer who will carry the Olympic flame on behalf of refugee athletes in Athens next Tuesday (April 26).

The 27-year-old will carry the torch at the Eleonas Refugee Centre in Athens in front of 1,500 refugees as a symbolic gesture to highlight their plight.

''I dreamed of competing in the Olympic Games for 20 years and now I am here and will carry the Olympic Torch,” he said.

“It is a great honour for me.

“Imagine achieving one of your biggest aims.”

In 2012, Al Hussein, then a swimmer and judo player, lost part of his right leg in a bombing and now wears an artificial lower leg.

“The whole thing was like a test,” Al Hussein, who was forced to flee his country two years ago due to the continued conflict currently ravaging the country, added.

“It is not a small thing to go through.

“At first I didn’t accept it but now I have come to terms with it.

“The truth is I have lost a leg but otherwise I am just like everyone else.”

Officials have confirmed that International Olympic Committee (IOC) President Thomas Bach will not be present for the occasion, though he did visit the camp in January.

The invitation for a refugee to take part in the relay had come from the Hellenic Olympic Committee.

A special team of refugees are due to compete at this year’s Olympic Games in the Brazilian city for the first time in the history of the event.

It was confirmed by the IOC following their Executive Board meeting in Lausanne last month.

It is thought between five and 10 athletes will ultimately be chosen, with confirmation to be made at the next Executive Board meeting in June.