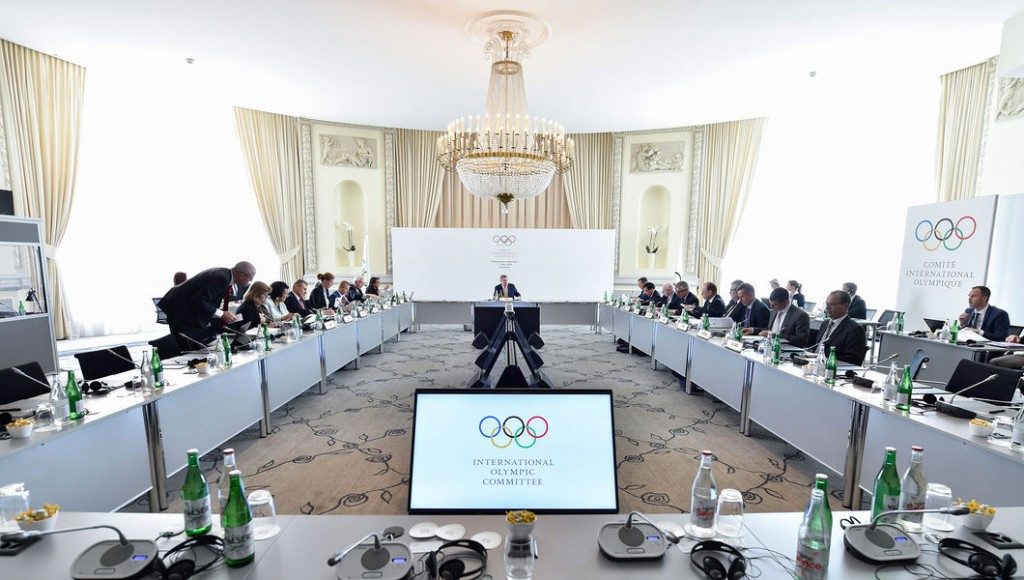 Baseball and softball, karate, sport climbing, skateboarding and surfing have all been recommended for inclusion at Tokyo 2020 by the International Olympic Committee (IOC) Executive Board here today.

All five were approved in exactly the same form as they were first proposed by Japanese organisers last year.

It means 18 new events and 474 new athletes will appear on the Olympic programme.

A final decision is due to be made by the IOC membership during the Session in Rio de Janeiro in August.

This is expected to be a formality, however, with the vote due to be a simple approval or disapproval of the whole package.

The five sports will receive no share of the revenue from Tokyo 2020, the IOC have confirmed, with this to be distributed between only the 28 programmes due to appear on the programme at Rio 2016.

Six-team tournaments have been proposed in men's baseball and women's softball, which were both axed after Beijing 2008, with baseball squads set to number 24 and softball 15.

A total of 60 karatekas are set compete in six kumite sparring and two kata demonstration categories and 40 athletes are scheduled to take part in bouldering and lead and speed combined climbing.

Another 40 athletes will participate in men's and women's shortboard surfing.

The package "promotes gender equality", claimed the IOC, with "each of the five sports having equal numbers of teams for men and women, while also focusing on innovative and exciting sports for Japan and the wider international community."

IOC sports director Kit McConnell described the decision as "historic" and claimed that the "unanimous support from the Executive Board underlines excitement all-around this project".

Skateboarding has proved the most controversial of the five proposed by Tokyo 2020 last September, particularly as events were submitted as part of the International Roller Sports Federation's (FIRS) application.

All three are currently represented on a special FIRS Commission chaired by ISF President Gary Ream.

Tensions have continued since this Commission was convened in April, with a crisis meeting having taken place here on Monday (May 30) in a late attempt to ensure harmony.

After a consensus was reached, the Executive Board were told today that governance issues have been resolved.

McConnell claimed there have been "lots of discussion to engage with the wider skateboarding community" and that they have "reached a model which they plan to "communicate about in the next month".

He refused to provide any more details, adding only that he is "very confident the model we have discussed will work".

Baseball's inclusion as proposed by Tokyo 2020 will be a bittersweet moment for the World Baseball Softball Confederation (WBSC), who had hoped to have the number of teams increased from six to eight.

They will also likely be upset about the decision to give no sports no revenue share.

Baseball is likely to be among the most profitable sports at Tokyo 2020 due to its huge popularity in Japan.

For now, though, they are refusing to be critical of the decision.

“It is an honour for our global sport and a great day for our millions of male and female athletes, and fans around the world to be represented within this new and innovative youth-focused Olympic sports package," WBSC President Riccardo Fraccari told insidethegames.

“Olympic baseball and softball in Japan would be the biggest and most exciting international competition in the history of our sport, and would help the Olympic Games touch the entire host nation and worldwide community.”

Discussions are still continuing with Major League Baseball about whether they will release their players for the tournament.

McConnell is optimistic that the surfing competition will be held on natural waves in Japan, which is their current plan.

He also expressed confidence about anti-doping procedures set up in all the sports following the raising of concerns about a lack of testing at many skateboarding events.

"This is a wonderful moment for our sport and for the global surfing family," said International Surfing Association (ISA) President Fernando Aguerre.

"Our relationship with the IOC and inclusion in the Olympic Games has been a strategic priority for the ISA for many years and we are thrilled that we are now once step closer to realising our Olympic dream.

“We are immensely proud of our achievements and the core values that our sport represents.

"Surfing has incredible youth appeal and a unique culture that would offer huge value to the Olympic Movement."