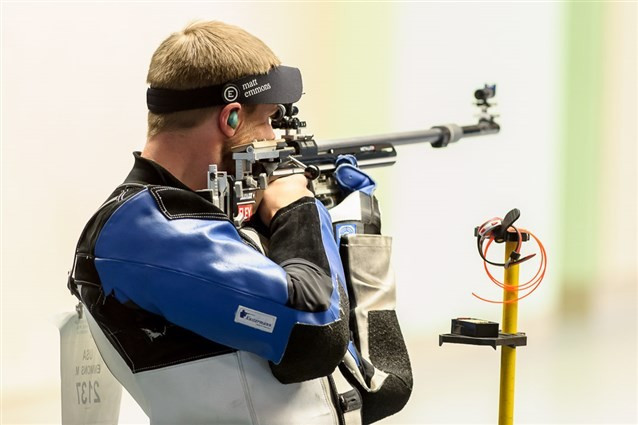 The American found himself trailing Milenko Sebic after the kneeling stage of the event having scored 153.9 points to the Serbian shooter’s 155.2.

Emmons, though, moved into the lead after the prone phase took him to 311.6 points, before dominating the duration of the standing series.

It saw the 35-year-old finish on a total of 464.1 points, beating the previous record mark of 463.7, established by China’s Hui Zicheng last year in Rio de Janeiro.

Sebic was able to claim the silver medal by finishing on a tally of 460.1 points, with Austria’s Gernot Rumpler completing the podium on 448.0.

“To be able to come here to Munich and shoot a world record is something really awesome, and I did not expect it.” Emmons said after the final.

“I definitely don’t have any monkeys on my back anymore, I got rid of that in London already.

“Now I am enjoying what I am doing, things are really coming together the way that I wanted.”

Bobana Velickovic secured the first World Cup victory of her career, with the Serbian triumphing in the women’s 10m air pistol event by finishing the competition with a score of 199.7 points.

Bronze was earned by China’s Zhang Mengxue, who scored 179.4.

The Chinese team finished top of the overall medals table after earning three gold, two silver and two bronze, while Serbia ended second with two golds and one silver.