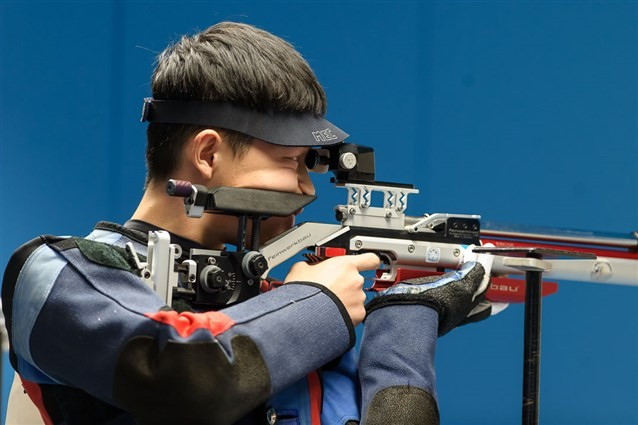 The 18-year-old enjoyed a memorable debut in the German city as the rifle and pistol event opened, shooting his way to the 10 metre air rifle men's title.

Both of these were previously held by compatriot Yang Haoran, the Summer Youth Olympic champion from Nanjing in 2014.

Qian beat team-mate Cao Yifei in the final, with the world number two only managing 208.3 for silver.

Haoran, one of the favourites for the Rio 2016 Olympic title, exited in seventh place with a tally of 101.5 and then watched as his world records fell.

In the women's 10m air rifle, European Games champion Andrea Arsovic of Serbia took top honours with a score of 208.5.

China's Shi Mengyao, who like Qian was also making her debut at World Cup level, bagged bronze with 186.7 to take her country's opening day medal tally to three.

“It has been a great competition for me," said Arsovic.

"Of course there was a bit of pressure and stress, but I came here well prepared and focused on the goal, and I made it.

"I am preparing for the Games, my aim is obviously to be ready for the most important competition of the year.”